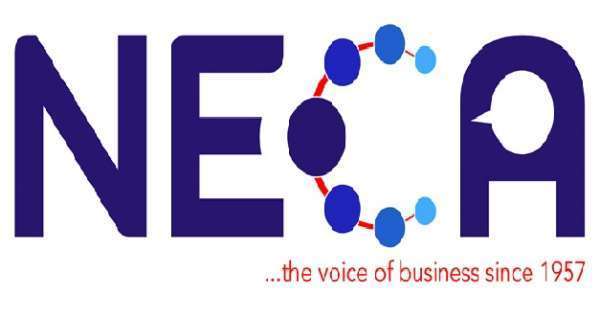 The Nigeria Employers’ Consultative Association, NECA, has said the implementation of the 7.2 per cent Value Added Tax approved by the Federal Executi

Our roads not as bad as portrayed – Fashola
Loan agreement between GT Bank and Innoson surfaces
Teleology finally takes over 9mobile, names new board

The Nigeria Employers’ Consultative Association, NECA, has said the implementation of the 7.2 per cent Value Added Tax approved by the Federal Executive Council will make nonsense of the recent increase in minimum wage.

VAT is a consumption tax payable on goods and services consumed by individuals, government agencies and business organisations.

NECA cautioned the Federal Government against the timing of the announced increase of VAT from five per cent to 7.2 per cent, which was approved by the Federal Executive Council on Wednesday.
“The benefits of the recently signed National Minimum Wage of N30,000 would be neutralised by the proposed increase in the VAT, further reduce the purchasing power of the citizens, leading to increase in prices of goods and services, resulting in upward movement of the inflation rate, and further contraction of the economy,” the Director-General, NECA, Mr Timothy Olawale, said.

He said since the purchasing power of the citizens would be reduced, sales of goods and services would reduce and inventories for business would be high adding that this could lead to closure of businesses that ought to be supported by government in reducing the alarming unemployment rate in the country.

The Minister of Finance, Budget and National Planning, Mrs Zainab Ahmed, who announced the approval of the new VAT rate after the FEC meeting in Abuja on Wednesday, had said consultations were in process over when the new rate would apply. She explained that stakeholders, including the National Assembly and the states, would have to agree on the date. The minister stated that the VAT Act would also have to be amended by the National Assembly before the commencement of the new rate, which she said could be sometime in 2020