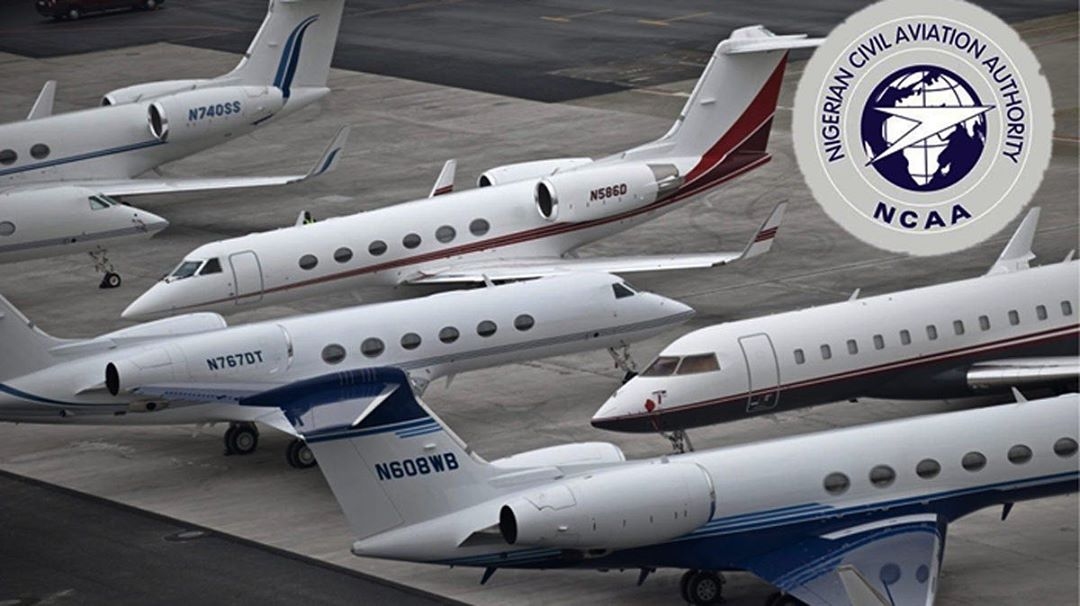 In a move it says will check the abuse of private jets in the country and regularize their operations, the Nigeria Civil Aviation Authority (NCAA) has

In a move it says will check the abuse of private jets in the country and regularize their operations, the Nigeria Civil Aviation Authority (NCAA) has banned the use of private jets for charter flight services, TheWill is reporting.

Private jets, which usually operate on a Permit for Non- Commercial Flight (PNCF), were grossly abused during the coronavirus pandemic lockdown. The ban came into effect Monday.

The NCAA has now introduced new measures for immediate implementation which mandates that aircraft duly registered as privately owned should not be used for commercial charter.

In a circular on June 24, 2020 and addressed to the Directorate of Operations and Training (DOT), Directorate of Airworthiness Standards (DAWS) and the Directorate of Air Transport Regulations (DATR) of the NCAA, its Director-General, Capt Musa Nuhu, directed the application of the new regulatory regime. According to the circular, private aircraft, known as Operations Specification Part G, which have PNCF would, henceforth, be stopped from operating for hire and reward.

“All aircraft listed under OPS SPECS PART G (commercial wet lease) that is either in non-compliance or in violation of any part thereof of NCAR (Nigerian Civil Aviation Regulation) Part 9.2.3.4(b) shall be grounded with effect from Monday 29, June, 2020,” the circular said.

The NCAA has started disciplinary actions on its personnel who were privy to allowing private aircraft for charter services. Investigations reveal that about half of the 100 privately owned airplanes engage in charter services exploiting lax regulations.

Nuhu also directed that: “DATR shall provide a comprehensive list, details of all PNCF holders and all aircraft listed under their permit; all PNCF holders shall be reminded of the terms and conditions of the permit, especially the non-commercial nature. Any violation will attract penalty under Nig.CARs, including revocation.”

He also directed the concerned directorates in the agency to develop procedures and guidance to ensure all NCAA staff complied with NCARs in processing all applications and submit a single comprehensive report to him on the implementation of items mentioned above, measures taken and the reasons why these violations were allowed and not resolved in the first instance.

Nigerian private jet owners usually deploy their aircraft for charter services to help them pay for the lease and maintenance of their luxury jets.