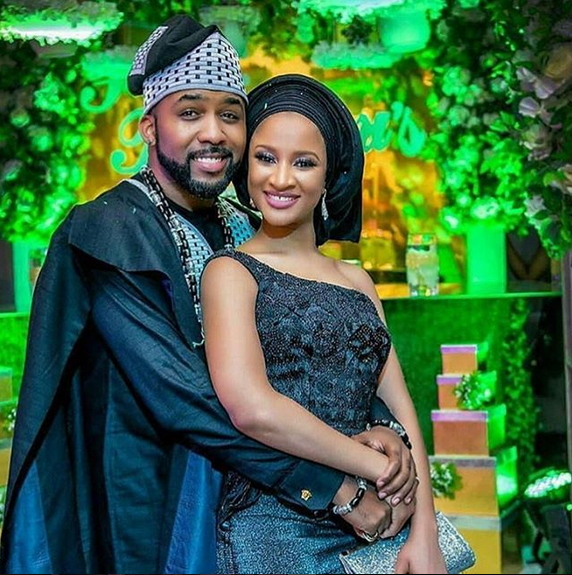 Flavour’s baby mama, Anna Ebiere Banner dumps him for new lover
Jay Z sells 50% percent of his champagne brand to luxury brand, LVMH
End siege on Seun Kuti’s residence, Ayo Ademiluyi tells Police
Banky W in a tell-it-all video on his Youtube channel disclosed he and his wife considered surrogacy when they could not have a child after a failed IVF.

“Everyday one rumor or the other about us on the internet, some said I was impotent or my wife was barren. Sometimes these people are just projecting their hurt on us.

“We had IVF before we lost the twins. In all, we had three failed IVFs. We considered surrogacy and had a surrogate at the time but we decided we were not going to do anything anymore to get a child.”

Banky W added that after they tried IVF three times, he made a decision with his wife to stop trying to get pregnant and let God have his way.

“We decided to stay one year without trying anything and trust God or adopt if that’s what God wants. Within that year of trusting God, we got good news,” he added.

Adesuwa also speaking on her struggles while trying to get pregnant added, “Some said I’m barren, you did something with your womb. I heard all sorts and every single time I heard that i just went back to God telling him to show himself, since I serve him faithfully, he should let them know I serve him. I kept telling God they are mocking you not me.

“I felt like God was not coming through, it was like a monthly breakdown. We had multiple failed IVF, I have veins in my hand that no longer work. IVF is a tasking thing emotional, physically and very tough for any woman.

“During that period of IVF, I was bloated and people thought I was pregnant but it was really a tough period for me. The second IVF did not work at all.”