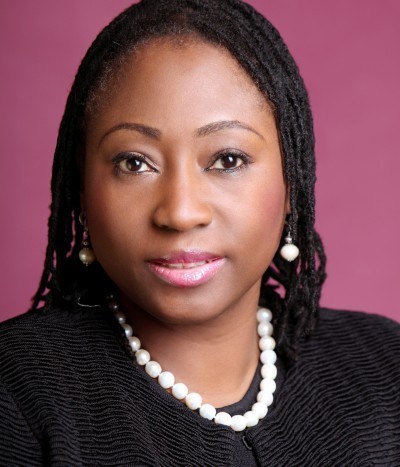 My heart bleeds — Bisi Fayemi reacts to attack on her convoy

The first lady of Ekiti state, Bisi Fayemi, says she did not order security operatives to shoot at protesting students of the Federal University, Oye-

The first lady of Ekiti state, Bisi Fayemi, says she did not order security operatives to shoot at protesting students of the Federal University, Oye-Ekiti (FUOYE).

The first lady’s convoy was attacked on Tuesday by the students who were protesting insufficient supply of electricity by the Benin Electricity Distribution Company (BEDC). The protest was said to have escalated into violence as students of the university and a policeman were said to be severely injured.

In a statement on Wednesday, Bisi Fayemi said the crisis has recorded one death.
“Yesterday, September 10th 2019, there was a crisis at Oye town in Oye Local Government, Ekiti State, while I was on an empowerment and advocacy tour to engage with women across the State,” she said.

“Half-way through our event, there was a disturbance outside. The FUOYE students (and possibly infiltrated by local thugs) had re-grouped and were trying to get into the venue. The security officers prevented this from happening. We finished our program, and by the time we got outside, we found that vehicles from my convoy and those of my guests that were parked outside the venue had been vandalised.

“As we were driving out of Oye town, we encountered at least two road blocks that the students had mounted to prevent the movement of vehicles. I could see students/thugs throwing stones and large sticks at us as we drove by. However, the casualties that were recorded did not take place while I was there. There are eye-witnesses, photographs and video footage to confirm this. There are reports circulating that the crisis occurred because I refused to address the protesting students.

“This is totally false. I did not encounter any group of students when I got to Oye town. They had dispersed before my arrival. I am scandalized and shocked beyond words to hear that I instructed security officers to shoot at students.”

The first lady condoled with victims of the crisis, while she stated that the women empowerment tour has been suspended for the mean time.
“If I had met a group of protesting students, as a social justice activist myself, I would have listened to their complaints and addressed them. I firmly believe in citizens’ rights to protest on issues of concern,” she said.

“I am deeply saddened that at least one fatality has been recorded. As a mother my heart bleeds. All these students are my children, and no mother prays to weep over their offspring. I extend my sincere condolences to the family concerned, and I wish those who are still receiving treatment a speedy recovery. The Obirinkete Tour has been suspended pending a review of what transpired yesterday. I thank friends and all members of the public who have expressed concern over this. God bless you all.”