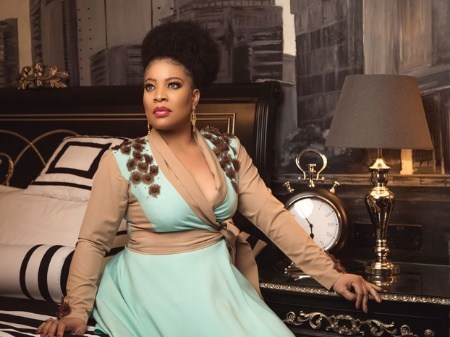 When her first marriage to Question Mark label boss, Dejo Richards, which produced a child, crashed on the grounds of domestic violence amidst other a

Abudu, Boyega, 27 other British/Nigerians make UK Black Powerlist
Kevin Hart’s new book is all about his turbulent first marriage, alcoholic father and many more – with a heavy dose of comedy
Brad Pitt wins his first Oscar in his entire acting career

When her first marriage to Question Mark label boss, Dejo Richards, which produced a child, crashed on the grounds of domestic violence amidst other allegations in 2009, many thought that the world of star actress, Monalisa Chinda-Coker had come to an end.

In her latest tell-all interview with TopNaija.Ng, actress Monalisa Chinda-Coker has revealed the real reasons her first marriage failed.  The star actress and TV host, who endured being battered for over five years by her former husband, narrated the exact incident that led to fleeing her matrimonial home with her only daughter at midnight, and her eventual exit from the turbulent marriage.

Chinda explained that issues with domestic violence was the reason she left her marriage. She mentioned that the abuse started few months into the marriage and she thought it was going to end with the arrival of her daughter, but it never ended. In 2017, Monalisa advised women to stop “provoking” their husbands or instigating violence by being the first to throw punches.

She said: “As much as I detest all forms of violence against women and men, women should quit provoking their man by beating, punches and slaps. I’m a domestic violence [enthusiast]. I always research when I hear fresh stories about domestic violence. Half the time, it is the women. God just gave us this running Okra mouth. Women, don’t fight with people who are stronger than you.”

Speaking further, she revealed that actresses are most of the time quiet about issues of sexual harassments going on in the Nigerian movie industry due to the fear of stigmatisation and the negative ripple effect it will have on their career. “It’s a bit uncomfortable for someone to come out and say I was cornered to sleep with a producer because of a role. They keep quiet about it because of their careers. Apart from that, the society stigmatises these women. So you just swallow your pride. When you are outside the shores of Africa, women are heroes for coming out to speak about sexual abuse, but here (it is different),” she said.