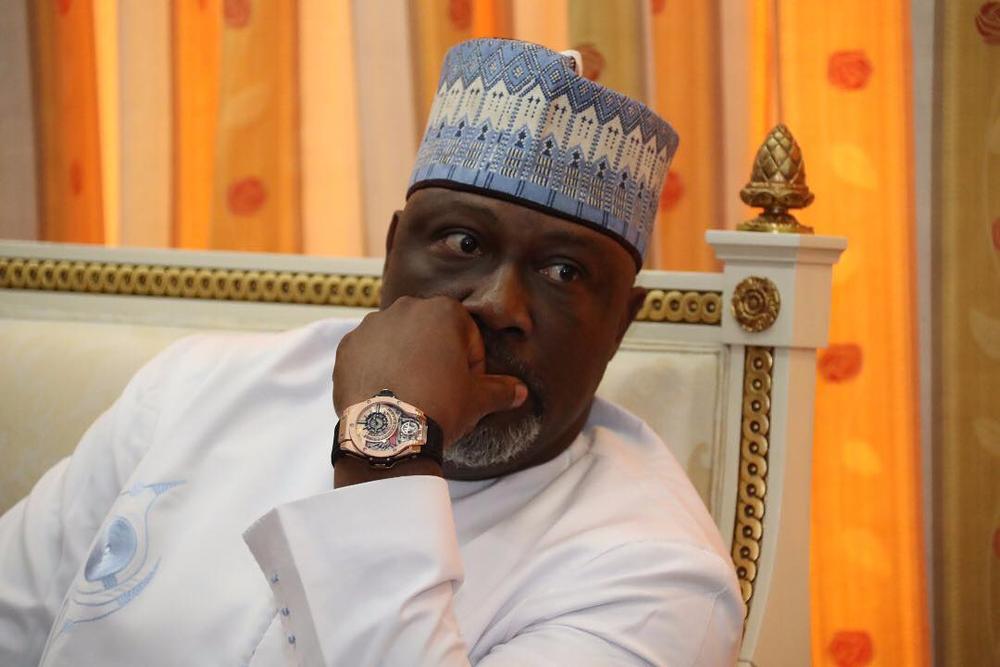 Melaye to appeal his election annulment by tribunal

It is no longer news that the Senator representing Kogi West senatorial district, Senator Dino Melaye was earlier today, sacked by the Kogi state nati

It is no longer news that the Senator representing Kogi West senatorial district, Senator Dino Melaye was earlier today, sacked by the Kogi state national assembly/state assembly election petition tribunal. What is however news is that the Melaye who is contesting for governor in Kogi State in November has said that he will appeal the judgment.

Recall that Melaye was declared the winner of the Kogi West Senatorial election conducted by the Independent National Electoral Commission (INEC) in February but the tribunal nullified it on Aug. 23 (Friday) and ordered for fresh election.

A three-man panel led by Justice A. O. Chijioke in a unanimous judgment ruled in favour of Smart Adeyemi the candidate of the All Progressives Congress (APC) petitions and ordered for reelection into the Kogi West senatorial district.

Smart had approached the tribunal and challenged Melaye’s victory on the grounds that there were cases of irregularities including over-voting and non-compliance with the electoral act.
“We’ve decided to fight the results of the elections in the tribunal court because constitutional injustices must not be allowed to stand,” Adeyemi who was the Kogi west senator between 2007 and 2015 said in an April 17 tweet.

However, Melaye in a tweet shortly after the annulment by the tribunal vowed to appeal the judgment noting that his challenger would have also challenged the ruling if he was in his shoesr.

“On Tribunal judgment: No cause 4 alarm at all. Even if it went my way they will still go to the Appeal Court. Our mandate cannot be taken. We will get judgment at the Appeal Court. There will be fresh election in Kogi West bc I will be Governor. For my Senate mandate no shaking.”

Loading...
Newer Post
‘Son of God’, ‘God is Good’ + 75 other Nigerians busted for cyber fraud
Older Post
Senior ministerial portfolios is in appreciation of your votes – Buhari to Kaduna, Kano