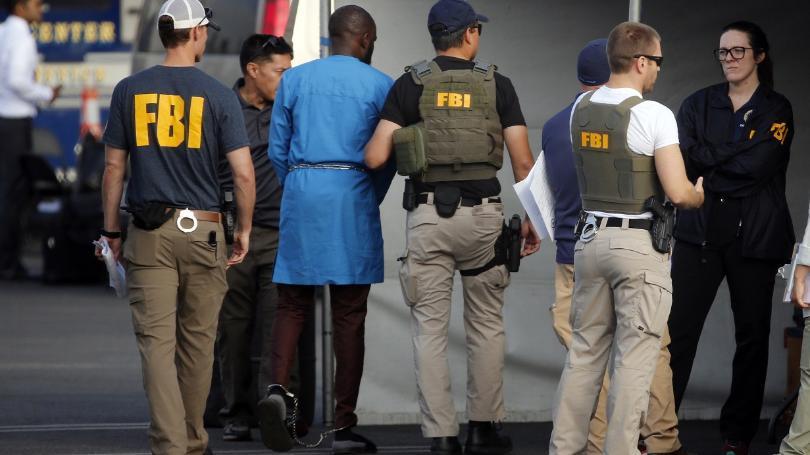 The United States Federal Bureau of Investigation (FBI) says it has arrested many Nigerians in an ongoing investigation related to fraud cases. Accord

The United States Federal Bureau of Investigation (FBI) says it has arrested many Nigerians in an ongoing investigation related to fraud cases. According to Nick Hanna, US attorney, the fraud cases involved suspects colluding with federal and state agents to dupe unsuspecting victims of their money. He said a total of 80 suspects “many of whom are from Nigeria” have been arrested and charged to court with 57 more being hunted globally.

He said: “FBI agents along with federal and state law enforcement authorities arrested a total of 14 defendants in the US, all named in a sweeping fraud and money laundering case. Those arrested today are among 80 defendants charged in a federal grand jury indictment that alleges that millions of dollars were taken from victims through a variety of scams and online frauds.

“We believe this is one of the largest cases of its kind in US history. BEC scam is used to hack email accounts to convince businesses or individuals to make payments that are either completely bogus or that should have been otherwise paid to legitimate companies. Indictments showed very specific allegations against these suspects many of whom are based in Nigeria in terms of stealing money from victims. The indictment also focuses on those responsible for enabling these fraud schemes including operatives in Los Angeles.”

Hanna said some of the victims were targeted specifically because they were elderly or vulnerable. He added that a total of 252 count charges ranging from “conspiracy to defraud, conspiracy to commit money laundering, aggravated identity theft” had been filed against the suspects. The attorney said among those arrested were 14 federal agents with 11 of them coming from Los Angeles where most of the crimes were reportedly committed.

“Some of the operatives facilitated the fraud schemes by opening the bank accounts where victims were directed to deposit their money. Then, these Los Angeles-based defendants laundered the stolen funds, delivering them to the scammers in Nigeria. The FBI agents involved in this investigation tracked down these scammers from around the world; they identified dozens of victims from the US and from around the globe. These money launderers had access to numerous bank accounts some of which have been opened…the money exchangers sent millions of dollars to Nigeria simply by using smartphone banking applications by Nigerian banks,” he said.

Also speaking, Paul Delacourt, FBI assistant director in charge in LA, said the common trend in the schemes is that they involved the use of the internet to defraud victims.
“The investigation began in 2016 with a single bank account used to receive funds stolen through a business email,” he said.

He added that if convicted, the defendants “face potential decades in federal prison.” The development comes days after Obinwanne Okeke, Invictus Group chief executive officer better known as Invictus Obi, was linked to a fraud case in the US. The 31-year-old Nigerian, who had been featured in Forbes Magazine, was said to have been fingered in an $11 million internet scam.