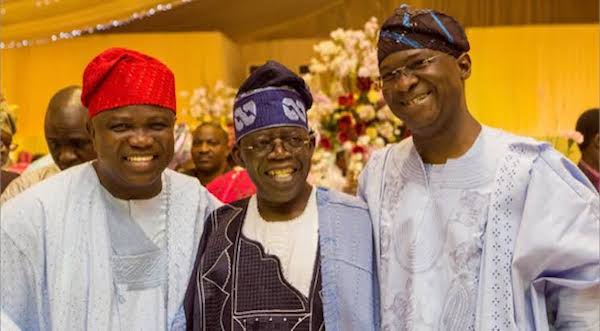 Some state houses of assembly have kicked against an aspect of a judgment of the Federal High Court in Lagos on the recovery of N40bn collected by some former governors who are now serving as senators or ministers, adding that they will not repeal the ex-governor’s pension laws.

The Federal High Court sitting in Lagos had, in a landmark judgement, ordered the federal government to recover pensions collected by former governors now serving as ministers and members of the National Assembly.  It also directed the Attorney General of the Federation and Minister of Justice, Abubakar Malami, SAN, to challenge the legality of states’ pension laws permitting former governors and other ex-public officials to collect pensions
The houses of assembly faulted the aspect of the judgment, which ordered the Attorney General of the Federation  to take an immediate legal action towards the abolishment of state laws which permit “former governors, who are now senators and ministers, enjoy governors’ emoluments while drawing normal salaries and allowances in their new political offices.”

State assemblies including those of Plateau, Osun and Edo, in their reactions said they would not repeal the laws. The Speaker of the Edo State House of Assembly, Frank Okiye, said the House had no plans to repeal the pension law for political office holders in the state. Also, the Osun State House of Assembly   said it would not repeal the pension law for the ex-governors because the court judgment on the matter did not say the law was bad.

The Press Secretary to the Speaker of the House, Kunle Alabi, said the position of the court was that ex-governors in the National Assembly could not be drawing pension, while being paid salaries as federal lawmakers.

In Plateau State, a member of the state House of Assembly, representing Riyom Constituency  Timothy Dantong,  said  that the court could not compel the Assembly to repeal state laws in manners that were strange to the constitution. Also, the Chairman House Committee on Information Gombe State House of Assembly, Tulfugut Kardi, said, “We have never discussed anything like that (pension for governors). I am not aware of such”.

The Lagos State Commissioner for Information and Strategy, Gbenga Omotosho, said the state had pensions for all categories of public servants, adding that the payments were backed by law. He noted that Lagos was not involved in the controversy surrounding the payment of pensions and should not be brought into it.

The Attorney-General of the Federation and Minister of Justice, Mr. Abubakar Malami (SAN), reacting to the Wednesday’s judgment of the Federal High Court in Lagos, said that he would be guided by public interest, legality and justice in complying with the judgment.

Below are details of the pension of former governors of Lagos.

Annual Basic Salary: 100% of annual basic salaries of the incumbent governor and deputy.

Domestic staff: Cook, steward, gardener and other domestic staff (no limit) who shall be pensionable.

Medical: Free medical treatment for ex-governor and deputy and members of their families (not just spouses).

Drivers: Pensionable (no limit to number of drivers).