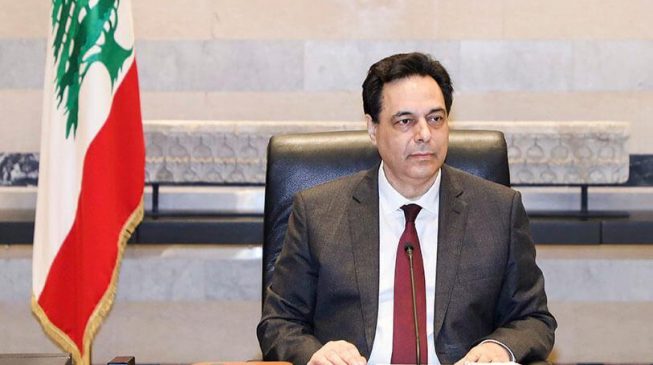 The Lebanese government has resigned following the explosion which rocked Beirut, the country’s capital. A massive explosion rocked a part of the c

One dead, 16 injured in Lagos tanker explosion
The actual cause of Akure blast that injured over 50, destroyed many buildings
Actress, Nkiru Umeh laments lack of compensation, building demolition after Abule Ado explosion

The Lebanese government has resigned following the explosion which rocked Beirut, the country’s capital.

A massive explosion rocked a part of the city on Tuesday, causing widespread damage to lives and properties. Windows were shattered, cars tumbled and buildings collapsed during the incident.

According to Marwan Abboud, Beirut governor, the death toll from the blast has risen to 200, while about 6,000 persons sustained injuries. Officials linked the blast to about 2,750 tonnes of ammonium nitrate that were being stored in a warehouse at the port since they were confiscated six years ago.

The governor had revealed that a security report from 2014 warned of the possibility of an explosion in Beirut as highly explosive materials were not stored in a way to ensure public safety. Hassan Diab, Lebanese prime minister, attributed the explosion to “endemic corruption” in the country.

Speaking on national TV on Monday, Diab announced his resignation as well as those of some ministers — one-third of the cabinet. He said the resignation is in line with “heeding people’s demand for real change”.

“Today, we follow the will of the people in their demand to hold accountable those responsible for the disaster that has been in hiding for seven years, and their desire for real change. I said that corruption is rooted in every part of the state. But I found out that corruption is greater than the state.

“A political class is using all their dirty tricks to prevent real change. The more we tried to get to them, the bigger the walls became. This disaster is the result of chronic corruption. The corruption network is bigger than the state.”

There are calls for a cleanup of the incumbent government to steer a course for new leadership. However, there are speculations that current ministers and their colleagues who resigned are set to assume a caretaker role and form the backbone of a new administration.