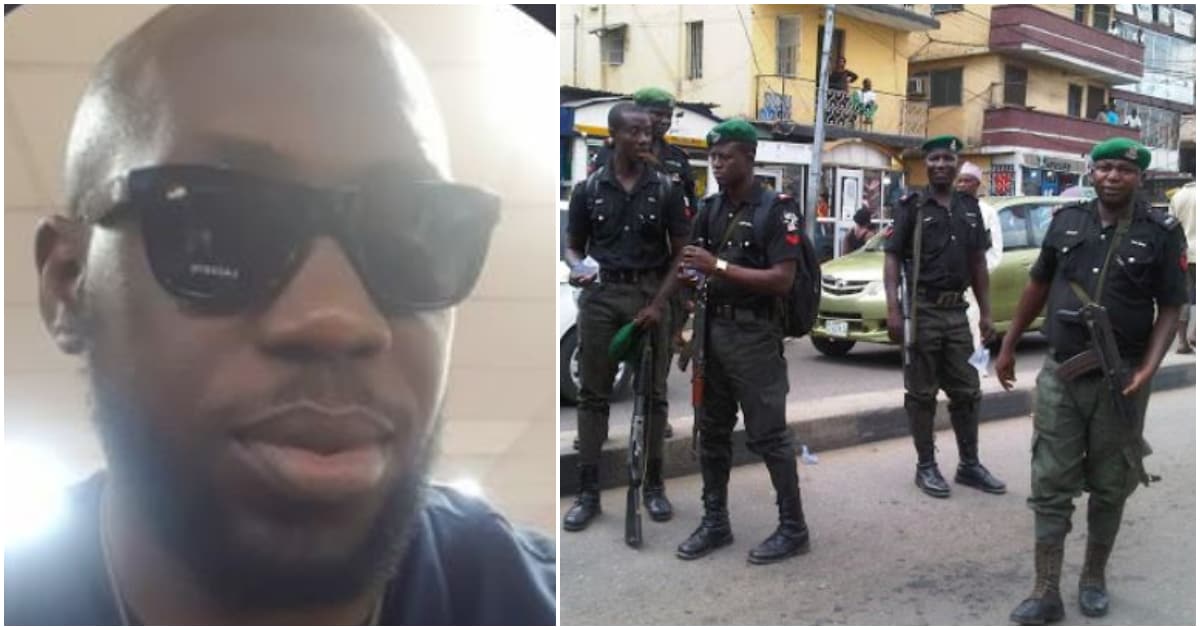 Lawyer of a man, detained after he tried to save his friend, Muyiwa Opaleye shot by a gunman has asked the police in Lagos State to release him uncond

Lawyer of a man, detained after he tried to save his friend, Muyiwa Opaleye shot by a gunman has asked the police in Lagos State to release him unconditionally. According to the lawyer, Oviemuno Obobolo, his client named Kunle Sodipo saw his friend shot by a yet to be identified gunman and tried to resuscitate him but was arrested by the police instead.

Despite the incident being captured on camera and his glaring innocence, the police have refused to release him.
“He informed the police and family about what happened, we have a video showing where my brother was trying to help the deceased after he was shot by a gunman,” a family source said.

Obobolo in a letter to the Lagos State Commissioner of Police asked for his unconditional release on the grounds that his health was failing and the video evidence proving his innocence.

The lawyer said, “The continued detention of our client (a known liver patient with Randle General Hospital, Surulere) by the police is directly endangering his life. The police will be held responsible for our client’s life if his health deteriorates or anything untoward happens to him. More so, it is not advisable to keep anyone suffering with a serious illness as liver disease in police custody this period because of COVID-19 pandemic.”

Lamenting about the continued detention of his brother, a twitter user @omogunoriola took to the social media platform saying, “This is why NIGERIANS don’t help! On Wed the 13th may, my immediate brother was with some friends and some other people chilling at a joint. Two guys came fully masked up. with weapons and shot at a certain Muyiwa Opaleye. Eye witnesses said he was shot twicwhile running. Everyone ran for their lives but my brother came back to help the victim, carried him with the help of people and drove him to the hospital, the guy had died.

“On getting to the hospital, my brother called the victim’s brothers and the police to inform them, and since that day till date (15 days) my brother has been in police custody (PANTI). I saw one of the family members of the deceased at Aguda police station before the case was transferred to PANTI Yaba. I asked him why the police was holding my brother, he said because my brother was the one that made the contact and said the police are just doing their investigations which sounds funny.

“I thought my brother was the hero here. This is a very bad image for the police because it’ll discourage people from helping. My brother almost died too while chilling but Muyiwa (the deceased) rushed him to the hospital that night and saved my brother’s life. Apparently he helped him to the hospital everyday till he got well. Unfortunately for my brother, he was diagnosed with liver problems that night. That’s how they got close

My bro was obviously trying to repay him by trying to save his life. At first I was upset about him going back because of how things can go south. Unfortunately, things are now funny all because he tried to save a dying friend. This is pure BULLY; this is a very bad image for the police. I tried to contact one of the deceased brothers, because my brother kept mentioning his name, to ask if we could get a solution to my brother’s continuous detention but I got no response. We are supposed to be mourning someone’s death not worrying about someone that tried to be a hero. THIS Is INJUSTICE, we call on the commissioner of police Lagos to intervene, kunle also has a liver problem it is a bad time to keep him in between bars.

“By the way, witnesses including the owner of the joint have come to give their account which follows through with my brothers. Why is the POLICE still holding him? Few days before the incident there has been cult related deaths in that part of surulere, The police are aware of this and they have been able to calm the situation. Please leave my brother alone. #FreeKunleGoodSamaritan”