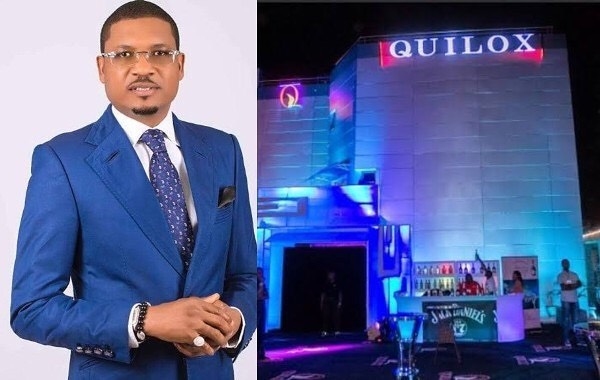 The Lagos State Environmental Protection Agency (LASEPA) has approved the re-opening of popular night club, Quilox just in time for the new year celebrations. This comes after the club’s management expressed their commitment, to comply with the state’s Environmental Laws, Regulations, Guidelines and Standards.

LASEPA’s General Manager, Dr Dolapo Fasawe, said that Quilox promised to ensure its clients’ vehicles were properly parked in designated areas.
“We are reopening the club for operation as it has fulfilled our conditions and complied with the extant law guiding its operations. The club was sanctioned and fined for environmental nuisances and we ensure total compliance before reopening,” Fasawe said.

Speaking further, the General Manager noted that this should serve as a warning to other entertainment and event centres, to ensure that they operate within the ambit of the law, while carrying out their activities. She advised that entertainment and event centres should work with relevant agencies to put effective traffic management systems in place when hosting events and desist from generating noise.

The General Manager of LASEPA emphasised that the state government would not allow any business concern to constitute a nuisance to other users of the environment and would ensure strict compliance with the State’s environmental laws and regulations.

Quilox, owned by Shina Peller, a member of the Federal House of Representatives, was sealed for noise pollution and traffic congestion shortly after the club organized its annual 36 hour long party.