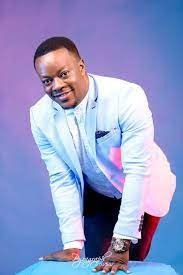 Lanre Teriba’s baby mamas accuse him of neglecting his children, infecting them with STDs

Popular Yoruba gospel singer, Lanre Teriba, more popularly known as Atorise has been exposed by his numerous baby mamas who have taken to social media

Popular Yoruba gospel singer, Lanre Teriba, more popularly known as Atorise has been exposed by his numerous baby mamas who have taken to social media to accuse him of neglecting his children.

This is despite being married to his UK based wife.

According to the baby mamas, the singer does not pay for his children’s school fees.

One also claimed that the singer infected her with sexually transmitted diseases.

They also shared screenshots to prove their claims.

One of his baby mamas, via her social media, Natteelashes_, wrote in part, “@jidesanwoolu, Dear governor sir, it is time you make it a criminal offence when a father denies a child access to education for no reason; cause because of fathers like Lanre Teriba Atorise, some kids have become armed robbers and prostitutes and that is what is spoiling the country the more.

“He is bent at blaming the government at everything on his musical videos while he goes about lying to ladies that he is no more with his first wife and put them in the family way, abuse them, neglect them and block every access of them making it in life.”

She further claimed that the singer once seized her passport and refused to pay their child’s school fees, thus forcing her to borrow money from her friend for her child to attend school.

The young lady noted that she has spoken to the singer in private but he has turned a deaf ear on her. More so, she claimed the gospel artiste gave her sexually transmitted diseases.

Another lady via her Facebook account, Diamond Gold, also claimed to be Lanre Teriba’s baby mama. Gold alleged that the singer had neglected their children, stating that he lives a fake life.

She wrote in part. “Have been silent for so long but I wouldn’t allow you destroy the future of my kids… yes. This man came into my life with all righteousness… Lanre Teriba Atorise the father of my kids is so irresponsible and lives fake life.

“I have been suffering with a rich man for seven years cause I just don’t understand how God created me cause all my life I have been faithful to this fool… I took him to social welfare when the relationship wasn’t working with my mental state anymore… I am here to beg all his fans and people connected to him here to beg him to pay the kids’ school fees and stop living a fake life.” (sic)

Expectedly, these allegations have sparked reactions on social media with many wondering how a  gospel singer would have baby mamas.

Teriba has about three baby mamas and reportedly welcomed a child with the third one in 2019.