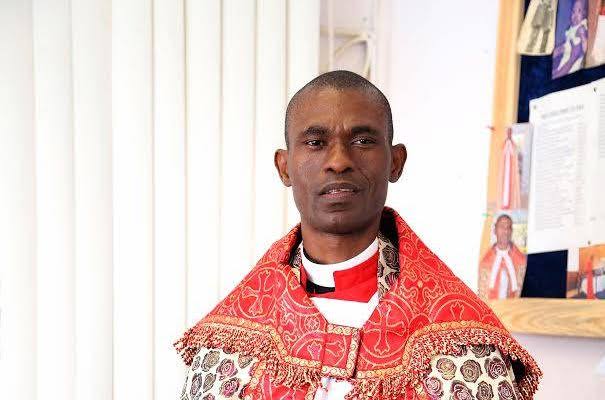 Lagos govt honours chaplain who was sacked by Ambode’s wife

Two years and six months after a former presiding Chaplain of the Chapel of Christ the Light, Alausa, Ikeja, Venerable Femi Taiwo was dismissed for no

Two years and six months after a former presiding Chaplain of the Chapel of Christ the Light, Alausa, Ikeja, Venerable Femi Taiwo was dismissed for not according Bolanle, wife of then-governor Akinwunmi Ambode, preference and recognition during an anointing service, the Governor Babajide Sanwo-Olu administration, through the Ministry of Home Affairs and Culture, on Wednesday decided to honour Taiwo.

At the special service to honour the cleric, which was kept under wraps, as many church members were not informed, a few church members, family, friends and well-wishers of the cleric, sang songs after songs as they celebrated the occasion. The state Commissioner for Home Affairs and Culture, Mrs. Uzamat Akinbile-Yusuf, who was joined by top officials of the ministry, presented a gift to Taiwo on behalf of the government.

Recall that in May 2017, Taiwo, his wife and their two children were evicted from the vicarage after being given a 24-hour notice to quit. Church members contributed money to buy cooking utensils for the family, even as a new accommodation was sought for them.

Bolanle, with her entourage, was reported to have stormed out of the Sunday service in a fit of rage for not being ‘accorded her deserved respect’. Efforts by women leaders in the church to persuade them to stay on were said to have been rebuffed. Shortly after they left, the priest was served a dismissal letter by the chapel’s governing council. The incident had generated outrage from Nigerians, who criticised the former governor and his wife for humiliating the chaplain.

Head of the African Church, Ifako Diocese, Rt. Rev. Michael Adeyemi, who seconded the cleric to the chapel, had said Mrs. Ambode committed a sacrilege. However, Chairman of the Christian Association of Nigeria in the state, Apostle Alexander Bamgbola, justified the government action, saying the priest was a government employee and therefore could be fired by his employers. Bamgbola also dissociated Bolanle from Taiwo’s sacking. The Christian leader, however, parried questions on the propriety of the 24-hour eviction order.

While thanking the state governor for the honour, he appreciated Nigerians for their kind words. Taiwo said, “I thank God for His faithfulness and the uncommon grace and rare privilege He has given to me. I thank the Lagos State Government and Mr. Governor, Aduramigba Iyanuoluwa Babajide Sanwo-Olu. I appreciate you and everyone. In the midst of the storm of life, you stood by me. The day I was to leave here, I saw angels coming down in the form of men.

“Spontaneously, I saw members of this church come around me and providing all a man could need to survive. What happened that day, nobody prepared for it; nobody thought of it. But God went ahead and made the crooked way straight. I thank and appreciate all of you and I pray that the glory of God will shine on your lives. Throughout the time I spent here, I had no regrets, because you were all around me. That is why I cannot forget this place; I cannot forget your beautiful faces.”