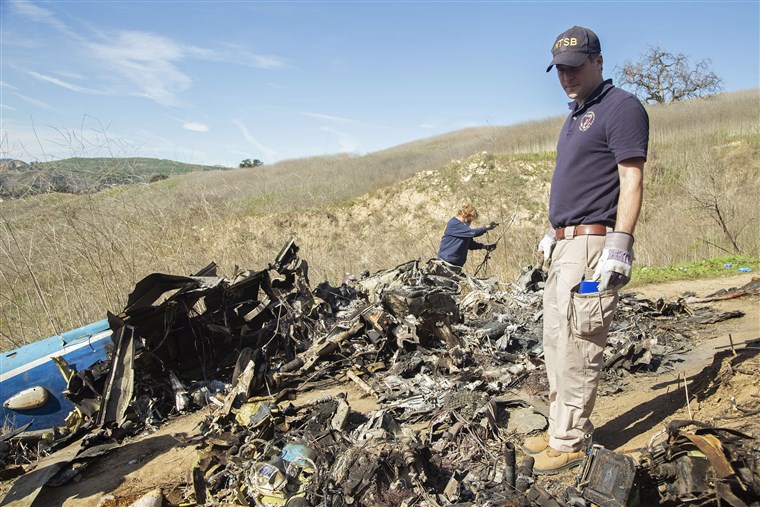 The helicopter that crashed into a Los Angeles hillside killing NBA legend Kobe Bryant and eight others, including his 13 year old daughter, was not e

Rapper and actress, Eve joins the cast of The Talk
You’re no musician if you can’t play musical instruments – Uwaifo
Chris Brown sues woman who accused him falely of rape in Paris

The helicopter that crashed into a Los Angeles hillside killing NBA legend Kobe Bryant and eight others, including his 13 year old daughter, was not equipped with vital software that alerts pilots when aircraft are too close to the ground. The terrain awareness and warning system, which is designed to send a warning when a collision appears imminent, had not been installed on Bryant’s Sikorsky S-76 helicopter, the National Transport Safety Board’s Jennifer Homendy said.

The warning system is not mandatory on helicopters under Federal Aviation Administration regulations, despite the NTSB recommending that it be made so on all helicopters with six or more passenger seats, following a 2004 crash.

Also, federal investigators finished their inspection of the crash site, handing it over to local authorities. Images showed investigators flying drones over the accident site and manually combing through twisted, charred wreckage, which was scattered over a wide area. Officials also used drones to replicate the helicopter’s final, fateful flight path.

Kobe Bryant, 41, was travelling with daughter Gianna and seven other passengers and crew when the Sikorsky S-76 slammed into a hillside in thick fog.  The helicopter was headed to Bryant’s Mamba Sports Academy in Thousand Oaks, where his daughter was set to play.

Investigators have now airlifted the helicopter’s wreckage onto trucks, which then transported it to a secure location for further examination.

An iPad, cellphone and maintenance records were found among the wreckage, along with everything we would expect would be on the aircraft. Authorities say probable cause for the accident may not be confirmed for 12-18 months when a final report will be issued.

However, a preliminary, fact-based report is expected in 10 days.