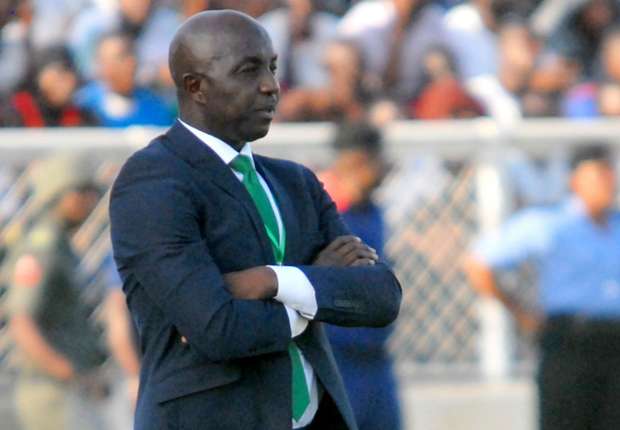 Abductors of Beauty Ogere, the mother of a former skipper and Coach of the Super Eagles, Samson Siasia, have released one of their victims, Florence D

EFCC releases Tunde Ayeni after grilling him over 2015 election funds
Dangote, the only African on list of 50 most influential people by Bloomberg
Kogi, Bayelsa governorship polls to hold on November 2

Abductors of Beauty Ogere, the mother of a former skipper and Coach of the Super Eagles, Samson Siasia, have released one of their victims, Florence Donana but held back the ransom payer. The 66-year-old Donana was abducted on July 15, the same day Siasia’s mother was kidnapped at Odoni community, Sagbama Local Government Area, Bayelsa State.

Donana was abducted alongside her 17-year-old granddaughter by the hoodlums, who first broke into the family house of Siaisia to seize Ogere at 2am. But 50 days after the incident and following prolonged negotiations between the families of the victims and the hoodlums, the kidnappers only released Donana, whose family paid some ransom.

A source from the community, who spoke in confidence, said the Donana family negotiated undisclosed amount of ransom with the kidnappers and sent someone to deliver the money to them. He said the kidnappers collected the money, held the ransom payer captive and released only the aged Mrs. Donana.
“The 17-year-old granddaughter was not released. The mother of Siasia was also not released because the family had yet to agree on ransom. They are still holding three persons captive”.

The source, however, lampooned the police leadership headed by the Commissioner of Police, Uche Anozia, for not living up to its duty on the matter. He said the kidnap case had exposed the current state police leadership as clueless and wondered why the octogenarian mother of Siasia could spend 50 days in kidnappers’ den without the police bursting the crime.

“It seems the commissioner of police has forgotten this case. The kidnappers are having fun, tormenting the families of their victims and acting with ease and impunity yet the police have said nothing on this case. They have no clues and nobody has been arrested. It seems nothing happened in Bayelsa. It is really bad. Maybe the Inspector-General Police should intervene by sending a special force to crack this crime”, he said.

Two days after the incident, the kidnappers established contacts with Siasia’s family and demanded N70m to set the victims free. Siasia, however, begged the kidnappers to set his aged mother free unconditionally saying he was out of job and had no such money to pay them. But a family member said the kidnappers brought down the ransom from N70m to N50m without consideration to the health of the woman.

Residents and the Bayelsa State Chapter of the Sports Writers Association of Nigeria (SWAN) raised concerns on the whereabouts of Ogere. Residents said it was a sign of incompetence on the part of the police and other security agencies to allow the 80-year-old woman to be in kidnappers’ den for over 25 days.

They lamented that the silence of the police and other security agencies was disturbing and asked the security commanders in the state to either free the woman or resign their positions. Some of the residents derided the security architecture in the state for their lacklustre and alleged unserious attitude on the case of Siasia’s mother.