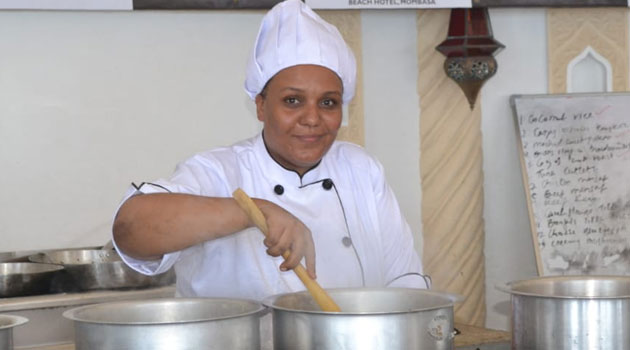 According to Guinness Book of World Record, the longest cooking marathon (individual) is 68 hrs 30 min 01 sec, and was achieved by Rickey Lumpkin II (USA) in Los Angeles, California, USA, on 7 April 2018.

Maliha had prepared a list of 400 recipes of local and international cuisines for the competition to have her name on the Guinness Book of World Records, citizentv.co.ke reports.

In her first trial in May 2019, Chef Maliha cooked 100 recipes in 36-hour non-stop. Later in July, Chef Maliha cooked 200 meals for 54 hours before going for the final competition supervised by officials from the Guinness World Record. The food she prepared will be offered to charity homes and orphanages as part of her initiative to raise awareness and to feed the less fortunate in Mombasa.