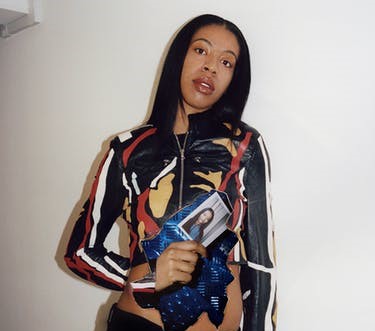 US rapper and fashion entrepreneur, Kanye West has engaged Mowalola Ogunlesi, a Nigerian-British designer, as the design director for his Yeezy Gap fa

US rapper and fashion entrepreneur, Kanye West has engaged Mowalola Ogunlesi, a Nigerian-British designer, as the design director for his Yeezy Gap fashion line.

Kanye announced that his brand would be partnering Gap Inc., an American clothing and accessories retailer, in a collaboration that will make Mowalola the brand’s design director.
“YZY GAP BEGINS MOWALOLA JOINS AS YZY GAP DESIGN DIRECTOR,” he wrote as part of a rather telegraphic message, where he also spoke about a ‘Jesus is King’ project on Apple.

Mowalola Ogunlesi also shared the logo of the new brand in a social media post where she confirmed her appointment in the said capacity, similarly writing: “Design Director of Yeezy Gap.”

Early in his career, Kanye had made clear his interest in fashion and desire to work in the clothing design industry. He had also announced that he would release his Pastelle Clothing line in 2006.

In 2009, the rapper collaborated with Nike to release his own shoe named the Air Yeezys, with a second version following in 2012. This made him the first non-athlete to be given a shoe deal with Nike.

Kanye would later premier his women’s fashion label ‘DW Kanye West’ in 2011 followed by another in 2012, after which Adidas officially confirmed a new shoe collaboration deal with him.

Alongside Kim Kardashian, the singer launched a clothing line for children titled ‘Kids Supply’ in 2017. West’s Yeezy shoe line is considered one of the most influential sneaker brands globally.