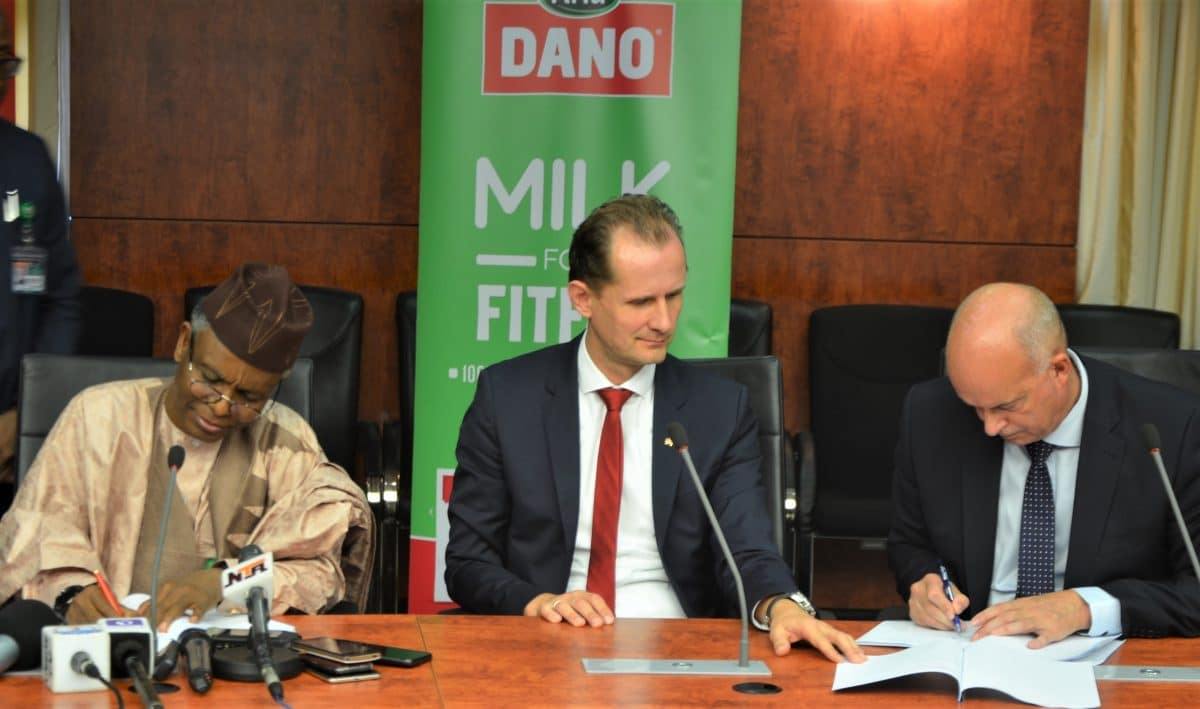 Kaduna State government has signed a Memorandum of Understanding (MoU) with Arla Foods International, a company based in Denmark and makers of Dano mi

Kaduna State government has signed a Memorandum of Understanding (MoU) with Arla Foods International, a company based in Denmark and makers of Dano milk to boost dairy production in the state. According to the vice president of the company, Steen Hadsbjerg, when the milk production becomes operational, the project is expected to create jobs with an investment portfolio of €100million.

The state governor, Nasir El Rufai, said his administration signed the MOU with the Danish company in order to show itinerant, nomadic herdsmen that it is possible to engage in modern livestock production without having to go up and down the country for grazing. According to the governor, investment in the livestock sector will ensure security not just in the state but the nation.

“Our hope is that what we started with Arla leading to the development of the grazing reserve in Kubau local government – and we want to develop jointly with them – will show the itinerant, nomadic herdsmen that it is possible to engage in modern livestock production without having to go up and down the country. We want to show that it is possible for livestock production to be a business rather than a culture or habit or lifestyle but something that can empower and enrich our herdsmen and women.

The governor said the MoU with Arla was a first step which the state government hoped to exploit and replicate in other parts of the state.
“Arla intends to invest a hundred million Euros in this project, this is a major investment that will create tens and thousands of direct Job opportunities, but more than that, its success will provide a template that can be replicated across our other 15 grazing reserves and indeed across Nigeria, because the herdsmen-farmer problem is not just an economic or political problem but has today become a national security problem,” he noted.

The government assured the company and the Government of Denmark that it will do whatever it takes to ensure that the project is a success, because the success of this project will solve political, economic and security problems for Nigeria.

The Vice-President of Arla, Steen Hadsbjerg, said the signing of the MoU was a “step towards increasing milk production in the country.
“For Arla, this is a huge project; it is the first project of its kind that we are conducting in the world. I’m happy to introduce our partnership which will increase our food production,” he said.