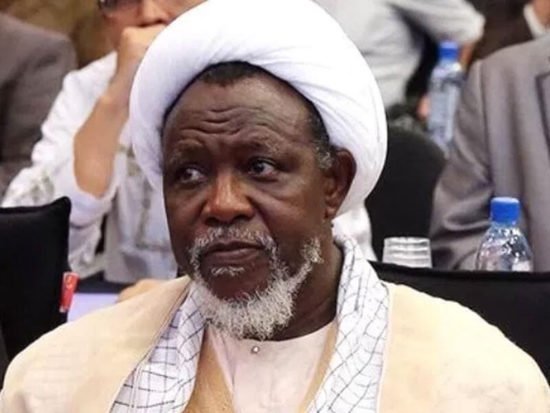 The Kaduna State Government has ordered the leader of the Islamic Movement in Nigeria, Sheikh Ibrahim El-Zakzaky and his wife, Zeenat, to produce two

The Kaduna State Government has ordered the leader of the Islamic Movement in Nigeria, Sheikh Ibrahim El-Zakzaky and his wife, Zeenat, to produce two prominent and reliable persons as sureties, being one of the conditions the couple must fulfill before they would be allowed to leave the state for overseas treatment. One of the sureties must be a first class chief or emir of national repute and the other a prominent person within Kaduna State, who shall undertake to produce the defendants whenever they are needed. The Kaduna Government also said it respects the court’s ruling granting permission to the couple to travel to India for treatment.

Commissioner, Internal Security and Home Affairs, Mr. Samuel Aruwan, disclosed this in a statement in Kaduna. He said,
“An appeal will be lodged on the matter, but a stay of execution will not be sought as the state government believes that a person may choose to travel abroad for any medical condition at his own cost.”

He said the government respects the right of anyone to seek treatment anywhere in the world, “even for malaria or common cold, so long as they are paying for it.
“But in the case of persons facing trial for serious offences, necessary safeguards are required to ensure that such persons do not become fugitives from justice or frustrate trial by claiming asylum or the status of political prisoner in the host country.”

According to him, in compliance with the court ruling, the state government has filed at the Kaduna High Court, terms for strict supervision of the medical leave granted El-Zakzaky. Under the terms, the state government wants the Ministry of Foreign Affairs to confirm the appointments of the applicants with the Medanta Hospital, India.

It also asked the ministry to undertake all necessary diplomatic arrangements and protocols to ensure compliance with the conditions of the medical leave. The statement also said each of the applicants should be made to make an undertaking to return to Nigeria to continue their trial as soon as they are discharged from the hospital. The government also wants El-Zakzaky and his wife, Zeenat, to be responsible for the cost of their travel, treatment and living expenses while on their medical leave.

News Agency of Nigeria recalls that a Kaduna High Court, on Aug. 5, granted El-Zakzaky and his wife, leave to travel out of Nigeria for urgent medical treatment at Medanta Hospital, India.