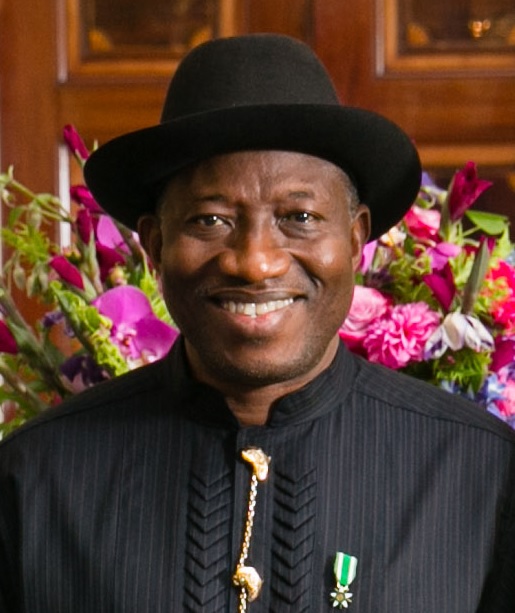 Former president, Goodluck Jonathan has publicly accepted the apology of a Nigerian consultant, Dele Sobowale, a staunch supporter of President Muhammadu Buhari, who in 2014, wrote an article in Vanguard in which he insulted him and his style of governance all in a bid to cause disaffection and make the former president loose his reelection bid.

Sobowale in the article titled, ”COMPARING BUHARI WITH JONATHAN: IROKO VERSUS ROTTEN WOOD – 1”, not only attacked the former president, he also attacked his colleagues in the profession who wrote articles defending Jonathan.

Part of the article read; “Comparing Buhari with Jonathan is like comparing solid “Iroko” with rotten wood. For starters, every carver knows that nobody can make a masterpiece out of rotten wood. And Jonathan’s government is rotten from the head down. So anybody canvassing for a continuation of this government should be regarded as an accessory to the grand larceny going on now in the name of governance.

“For the readers, I said they are too few because, when reading their articles, one can notice that they are virtually writing out of the same set of notes – packed full with their opinions, half-truths, some falsehood and some venom. The bile belongs to Femi Aribisala, the VANGUARD columnist, who, like Doyin Okupe, must be operating with a dictionary compiled by the devil – when writing about Buhari, Tinubu and APC.

“Let me assure Femi that we also have a dictionary at UniJankara, full of hotter words. So nobody should be under the impression that he owns a monopoly of such words. First, the readers of this defence of Buhari might want to observe that all those mentioned above, pretending to reflect “the views of Nigerians” are Southerners, Christians, mostly Yoruba, employed and well-paid, well- or over-educated, and they probably have not stepped into Kano, Sokoto, Bauchi, Nassarawa or Kogi States in the last five years – if at all. Buhari who they all love to “hate” or “hate to love”, however is a Muslim, Northerner, Fulani, and has spent most of his time in the north since retirement.”

But in a strange twist of faith, Sobowale on March 22nd 2020 in an article titled ‘‘Governor Ganduje has murdered sleep!”, said one of the things he regrets was his attack on Goodluck Jonathan. He said he wasted his goodwill supporting President Buhari who according to him has turned out worse in many respects.

His article reads: “One of the foolhardiest exploits I ever engaged in during my more than thirty years of writing columns for VANGUARD occurred in October 2014 when I got an article published titled COMPARING BUHARI WITH JONATHAN: IROKO VERSUS ROTTEN WOOD – 1. It was so hot that only the fact that Uncle Sam does not interfere in editorial matters got part 1 published. Despite that, the poor SUNDAY EDITOR received a serious reprimand for not editing sufficiently. I also received a mild rebuke from the Publisher for being too harsh on President Jonathan.

“Let me take this opportunity to express gratitude as well as unreserved apology to former President Jonathan who demonstrated his strong belief in democratic norms. Virtually all my friends who are regular readers of VANGUARD thought that I had over-stepped my bounds that time. They expected my arrest and detention any time. My wife was scared to death and she advised me to run away. I did not run and to the everlasting glory of Jonathan, I was not harassed by anyone. I cannot thank him enough.

“He might not read this article, but, anybody close to him who reads it should convey my message. I sincerely apologise. Time and events have opened my eyes to the worst sort of hypocrisy parading as integrity and virtue. I have, since learnt anew that indeed “Hypocrisy is the homage paid by vice to virtue.” (De La Rochefoucauld, 1615-1680, VBQ p 96). Never again will I trust a military-politician.

“But, it was not only Jonathan that I was ready to wage war against on behalf of Buhari. I took on my colleagues in the media – all the big names who were against Buhari. Below is the opening salvo to what was an all-out attack against Buhari’s opponents. Never in my adult life have I been so devoted to anyone except Obong Victor Attah. Never have I been so disappointed that I wasted a great deal of goodwill among my colleagues on Buhari – who has turned out not a lot better and indeed is a lot worse than Jonathan in many respects.”

Goodluck Jonathan has since accepted Sob0wale’s apology. The former President took to his verified Twitter handle to inform Sobowale that he never took criticism from him or any other critic personally.

See his Tweets accepting the apology below.

Dear @DrDeleSobowale
As you expected, my attention was drawn to your apology as expressed in your Sunday @vanguardngrnews column of March 22, 2020. You specifically regretted an article you wrote in 2014 in which you called me all manner of names.

The truth Dele is that I never took such criticism from you or any other of my critics personally .
I may have felt bad as a human being, but I assumed that you were driven more by a patriotic feeling to see our nation make progress, than any personal hatred for me.

Although I believed that many of our critics at that time misjudged our plans and programmes for the country, I was fully convinced that our democracy would be better served if we allowed all Nigerians to freely hold us to account, without let or hindrance.

As I always say, I have no enemies to fight. You will continue to earn my respect.
GEJ