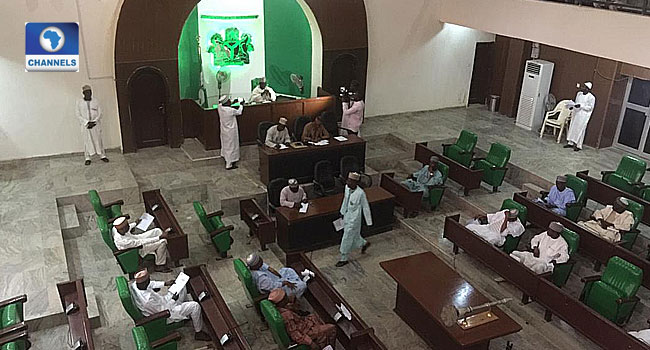 Jigawa lawmakers disagree over deduction of their money to fight hunger

Lawmakers in Jigawa State have disagreed over the deduction of five million naira from their Constituency Project Fund to support children suffering from malnutrition. The lawmakers entered into a heated debate on Friday when the Executive Secretary of the Primary Health Care Management Board, Dr Kabir Ibrahim, was presenting a communique at the end of a two-day workshop organized by UNICEF, with the theme: The Role of Lawmakers in the Implementation of Jigawa State Nutrition Agenda.

The lawmaker representing Kanya Constituency, Mr Usman Haladu, first kicked against the idea when it was read by the Executive Secretary, saying that more deliberations are needed in order for the matter to be concluded. Another lawmaker, Mr Abubakar Muhammad, representing Hadejia Constituency also argued that there are some modalities to be considered before it can be presented in the communique.

At the end of day, the statement was highlighted in yellow, to show that the issue would later be finalised. Jigawa is one of the states in the country with the highest cases of children suffering from malnutrition with 54 per cent of the children in the state reported to be having stunted growth.