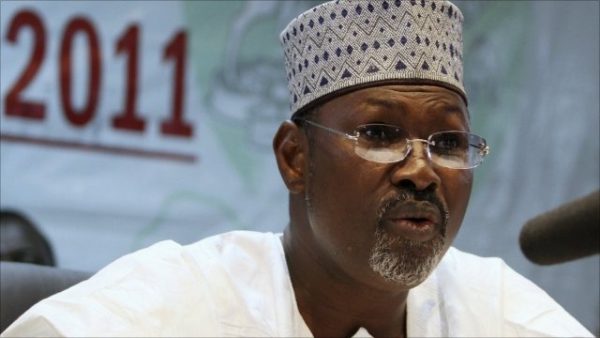 Nigerians may have the choice of a third major political party in the 2023 general elections as prominent Nigerians have created a third force, Re

Nigerians may have the choice of a third major political party in the 2023 general elections as prominent Nigerians have created a third force, Rescue Nigeria Project, RNP, to present Nigerians with an alternative to the All Progressives Congress, APC and the Peoples Democratic Party, PDP.

While delivering his address, Abdulfatai decried the state of the nation, noting that the high level of nepotism and lack of inclusiveness have given rise to agitations by different ethnic groups.

He recalled that in 2015, Nigerians embraced change, adding that today, “that change appears to be what we didn’t expect, as insecurity has taken over the nation.”

He said, “It is based on this that we decided to set up this Rescue Nigeria Project. We want to salvage this country and see how we can fix the mess. We want to set a template and key criteria leaders must have before they can attain any political position.

“Despite the great opportunities of the past, Nigeria has failed to live up to the dreams of its founding fathers and the hopes of successive generations of its citizens. Perhaps, at no other time have these failings become more apparent than in the past decade or so.

“In 2015, Nigerians overwhelmingly embraced the promise of change. These hopes have not only been dashed, but they have arguably turned out to be the worst political statements ever to  be made in this country. Nigeria today appears set to fulfill all the prophesies of doom.”

He further noted that “Unprecedented nepotism and political exclusion have left the country more divided than ever as evident in the various separatists’ agitation that is threatening the corporate existence of the country itself.”

Also speaking, Adeniran noted that there is a disaster at hand, hence the move to rescue the nation.

He said: “You only rescue when there is disaster and when you fail to rescue during disaster, it is more dangerous. We have a disaster in our hands and we need to rescue the country. We need to look back and see how we get here. We know where Nigeria was before now. We know the task is not going to be easy, but we have to determine how to rescue the nation.”

In his opening remarks, the RNP national coordinator, Usman Bugaje, explained that the Rescue Nigeria Project was founded on the premise that the challenges bedeviling the country were largely derived from poor leadership.

Chiding the President Muhammadu Buhari-led government Bugaje said, “when you reduce the problems of this country to what they are, ultimately, it all comes to leadership.

“We have been unable to exit the leadership conundrum precisely because the leadership recruitment mechanism in our political parties is so flawed that, except for accidents, they are incapable of producing competent leaders with the requisite knowledge, discipline and commitment to make a difference. We are living with, or better still, groaning under the consequences of this folly.

“What this means is that any attempt to rescue this country from its troubles must first rescue it from the current leadership recruitment mechanism that seems to leverage on money and connection or ethnic sentiments and no premium on knowledge or competence.

“The challenge is how to introduce a set of criteria or better still re-calibrate the recruitment mechanism in our political parties to prioritize knowledge, competence and character. The deepening crises in the political parties is all the more reason this re-calibration is necessary.

“We must change the conversation about leadership. The first thing we should want to know about our President is not which part of country he or she comes from, rather how competent is he or she? What is the content of his policy document? What is his team made up of?

RNP’s vision  is “to reconcile and re-unite our country, win and deploy political power for the purpose of nation building and national development, achieving prosperity for all, and the protection of life and dignity of every Nigerian citizen.”

This is even as the mission is “to reconcile, re-unite, mobilize the nation to build a critical mass of citizens capable of driving real and effective transformation, to translate the mass movement into a strong power base within an inclusive and responsive political framework.”