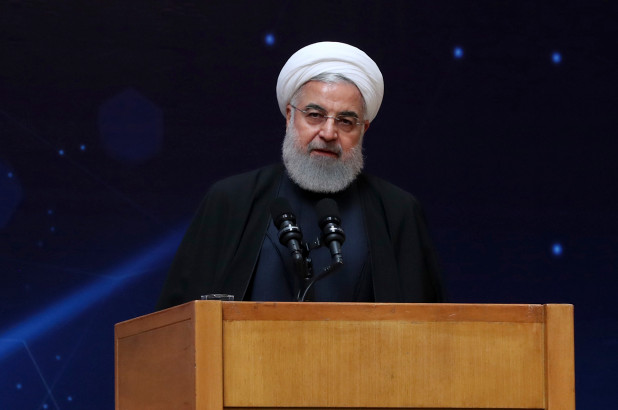 Iran names US forces as a ‘terrorist organisation’

The Iran’s supreme national security council says it has designated the United States central command (CENTCOM), and all its military forces as a terr

The Iran’s supreme national security council says it has designated the United States central command (CENTCOM), and all its military forces as a terrorist organisation. According to Reuters, this is in reaction to the White House’s decision to blacklist its elite Islamic revolutionary guard corps (IRGC) as a foreign terrorist group.

President Donald Trump had earlier announced that the US is designating Iran’s revolutionary guard a ‘foreign terrorist organisation,’ in an attempt to increase pressure on the country that could have significant diplomatic implications in the middle east. The US president in a statement added that the move recognizes the reality that Iran is not only a State Sponsor of Terrorism, but that the IRGC actively participates in, finances, and promotes terrorism as a tool of statecraft.

In a reciprocal move, Iran’s supreme council quickly responded by designating the US forces as a ‘terrorist organisation.’ The statement from the council came after Mohammad Javad Zafir, Iran’s foreign minister, proposed that President Hassan Rouhani add the US troops operating under the umbrella of CENTCOM to their list of terrorist groups that includes ISIS and al Qaeda.

In the statement, Iran described Washington’s move as an “illegal and foolish act”. “The IRGC unlike America and its regional allies who have always supported extremist and terrorist groups in West Asia region, have always been in the frontline of fighting terrorism and extremism in the region,” the statement read.