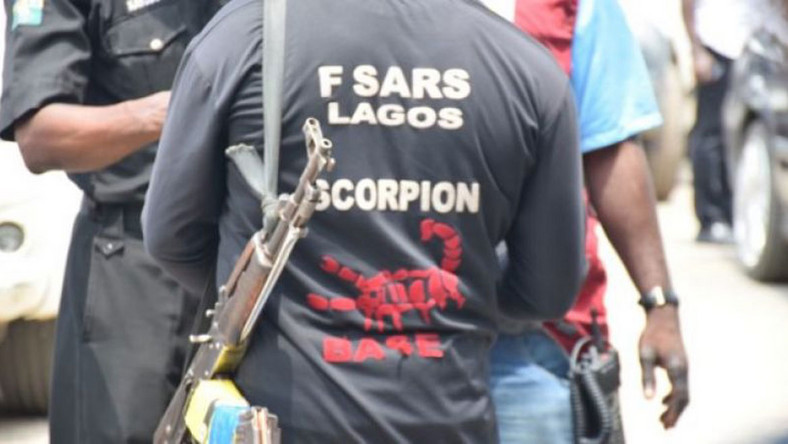 Inside SARS ‘dark room’ where suspects are beaten, electrocuted

The Special Anti-Robbery Squad (SARS) have again come under fire for allegedly torturing and maiming, sometimes killing, suspects in a private ‘dark r

The Special Anti-Robbery Squad (SARS) have again come under fire for allegedly torturing and maiming, sometimes killing, suspects in a private ‘dark room’. In a documentary by BBC Africa Eye exposing torture as practiced by Nigerian security agencies, a serving police officer, whose identity was protected, confirmed that the rooms indeed exist in every SARS station across the country.

The torture technique, known as Tabay, involves the arms being tied to suspects’ backs at their elbows cutting blood supply to the hands. The feet can be tied back arching the spine and contorting the body into a triangle. Victims can be suspended, forcing the full weight of the body onto the arms.

The technique was used in Sierra Leone during the civil war in 1990s and majorly administered by Nigerian troops. It was also used in Chad in 1980s with history also establishing its use as far back as 3200 B.C. in Mesopotamia. Also, images of Tabay appeared on walls of Egypt’s Ramsey II in 1200 B.C.

“They call it awan keke, the bicycle ride, I have witnessed it often. The room is dark, your hands are tied up from behind. If it is not tight enough, the elbows are tied in a way that stops the blood from circulating. Your legs are tied to a chair so you can’t move. Then they torture you in whatever way they want. If they decide not to beat you, there is a shocker. They can use the shocker…when that thing touches you, you feel it in every part of your body even in your brain.

“Sometimes they use two of these machines and also beat them with a club. The head of the club is as big as my clenched fist. People are beaten and electrocuted at the same time. Sometimes, they do real damage. They break people’s legs and hands. Some die, some survive from the dark room torture. If you die, they don’t care. Wherever you go in Nigeria, if they have a SARS office, they have that kind of room. These people’s rights are violated beyond imagination,” the officer said.

The report said one Yusuf Kolo, who was in charge of the SARS team that beat Auwalu and Hassan Abdullahi Alfa, who were falsely accused of robbery in 2014, was promoted to the head of the unit at the force headquarters in Abuja. Bulama Bukarti, their lawyer, said Hassan, 24, died from injuries sustained during the torture by the SARS officers. He noted that the court had ruled that the SARS officers be disciplined by the Inspector General of Police but nothing was done. He said Kolo was instead promoted as the Commander of the Special Tactical Squad of the Inspector General of Police.

The report also reflected on the case of two minors, Abba Bashir and Abubakar Mala, who were accused of stealing $80 in June 2019. They were both Tabay-ed and severely tortured. Bashir told the BBC that the pain was so excruciating, he begged to be shot dead. Mala on the other hand, fainted while undergoing the torture. He has since not recovered from the pains of his ordeal.

After public outcry, Umar Buka Karumi, a member of the Civilian Joint Task Force, was arrested and prosecuted along with four others. He was jailed for three months instead of 25 years as stipulated by the Anti-torture act of 2017.

Justus Ijeoma, a human rights lawyer, said the law against torture has not been enforced since it was enacted. He noted that despite reports of torture across the country, nobody had been prosecuted in relation to the crime.