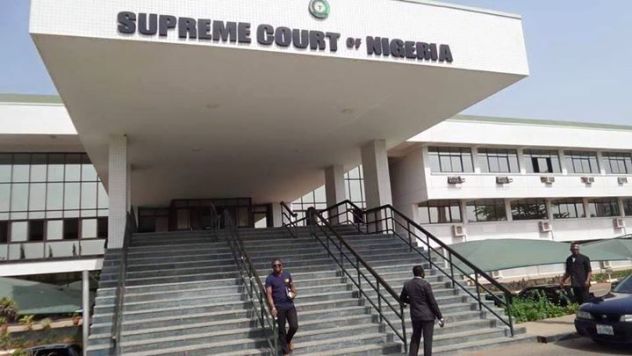 Kumai Akaas, a supreme court judge, during the ruling on the Osun governorship election on Friday says the Independent National Electoral Commission (

Kumai Akaas, a supreme court judge, during the ruling on the Osun governorship election on Friday says the Independent National Electoral Commission (INEC) is using inconclusive elections to do its bidding.  He was one of the two judges who dissented with the ruling in favour of Gboyega Oyetola as governor of Osun.

The commission had declared the election inconclusive and subsequently pronounced Oyetola, candidate of the All Progressives Congress (APC), winner after a rerun. Ademola Adeleke, candidate of Peoples Democratic Party (PDP), had challenged the victory of Oyetola at the tribunal and was declared winner but Oyetola appealed the verdict and in May, the appeal court gave judgement in favour of the APC candidate.

Delivering the judgement on Friday, Bode Rhodes-Vivour, a judge, held that the appeal court was right to set aside the entire proceedings of the tribunal. Rhodes-Vivour said the failure of J. Obiora, a member of tribunal, to attend proceedings on February 6 rendered the judgement of the panel a “nullity.” The judge also said the certified true copy (CTC) was not signed by Obiora.

“It affected the proceedings. The appeal is dismissed,” he said.

He then dismissed the appeal of Adeleke and the PDP.