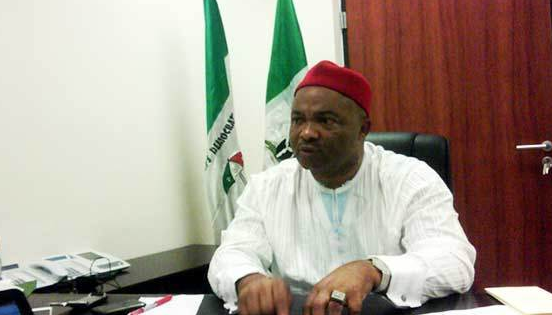 Imo, Benue uncover over 500 ghost workers in its schools

Imo State governor, Hope Uzodinma says the state has uncovered over 100 ghost workers, including more than 60 “dead or non-existent persons” in its sc

Imo State governor, Hope Uzodinma says the state has uncovered over 100 ghost workers, including more than 60 “dead or non-existent persons” in its schools. In a series of tweets, Uzodimma said an interim audit of the state Universal Basic Education Board (IMSUBEB) revealed that more than 60 persons who have passed the retirement age are still on the payroll of the government.

IMSUBEB is responsible for the management of primary and junior secondary schools owned by the state government.
“I received the Interim Audit report of Imo State Universal Basic Education Board (IMSUBEB) which revealed some sad realities in the State Primary Schools,” the governor tweeted.

The governor vowed that no amount of distraction would deter his administration from sanitising the state civil service. He also advised workers and pensioners who have not received their payments to go to the data centre to submit their details.
“I admonish other Ministries, Agencies and Departments of Government to tow the line of IMSUBEB. No amount of distraction will deter our Government from going-on and completing the exercise of sanitizing the Imo State Civil Service,” he wrote.

“I advise those in the habit of politicizing the civil service and pension matters to desist from such. Civil servants and pensioners who have not received their payments should go to the data center to submit their necessary details. I reiterate the resolve of our Government that no amount of blackmail will make us back out from sanitizing the civil service in its entity.”