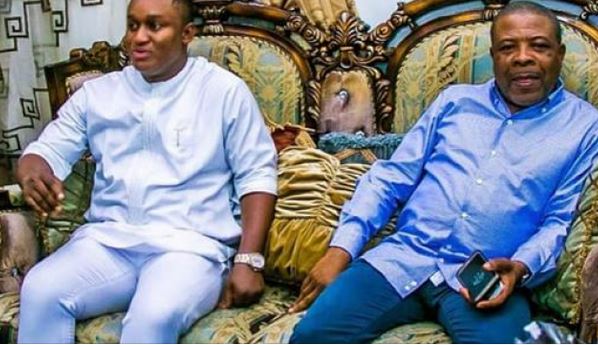 Ihedioha speaks on FBI suspect whom he gave appointment

In another embarrassing development, it’s been revealed that Chika Odionyenma, one of the persons on the 78-man FBI list of suspected Nigerian fraudst

In another embarrassing development, it’s been revealed that Chika Odionyenma, one of the persons on the 78-man FBI list of suspected Nigerian fraudsters, was appointed into the inauguration committee of Emeka Ihedioha, governor of Imo State. This comes hours after it was revealed that one of the suspects on the infamous list is a close friend of Festus Keyamo, Minister of State for Niger Delta Affairs.

A copy of the letter on the appointment of Odionyenma into the committee which planned the governor’s inauguration, and personally signed by Ihedioha, reads thus,
“Following my successful declaration as Governor-elect of Imo State by the Independent National Electoral Commission INEC and my subsequent receipt of certificate of return thereof, I have duly constituted an inauguration planning and handover committee, with the responsibility of liaising with the existing government to ensure a smooth handover of power to our party on 29th May, 2019.”

“I will be pleased if you can serve as a Member of the Sub-Committee on Logistics. The committees will be inaugurated on Tuesday 9th April 2019, Rockview Hotel Owerri at 12 noon. I trust you will avail us your expertise and time in carrying out this assignment to support quest to rebuild Imo. While recognizing your sacrifice, accept my congratulations.”

Sources say Odionyenma, who hails from Amakaohia-Uratta, Owerri north local government area of Imo, disguises as someone who had interest in real estate. The suspect is a member of a “Committee for Recovery of Looted Property in Imo”, set up by Ihedioha to recover assets suspected to have been illegally taken by former office holders.

After the FBI list was released, the suspect shut all his known social media accounts and went into hiding.

Meanwhile, the Imo state governor, Emeka Ihedioha has asked to be left out of Chika Augustine Odionyenma’s FBI case. The governor said that his association with Odionyemma, was purely on the basis of their common Imo nativity. Ihedioha explained that he attended some of Odionyemma’s public outreaches because they were based on causes that were also dear to his own heart. The governor added that, as of the time he appointed the FBI-indicted Odionyemma as a member of his inauguration planning and handover committee, the man had no known case of criminal involvement anywhere in the world.

Speaking on the issue, which had dominated the social media over the weekend, Izuchukwu Akwarandu, aide on New Media to the Governor said, “The time the governor attended the programmes he organised, there was no fraud case hanging around his neck anywhere in the world too. He is an Imo son and it was in that capacity that the governor attended his programmes. Nothing else.

“Those who are linking the governor to the fraud case because he attended some of the programmes Odionyemma organised or he appointed him into the inauguration committee are just being mischievous and playing petty politics.”