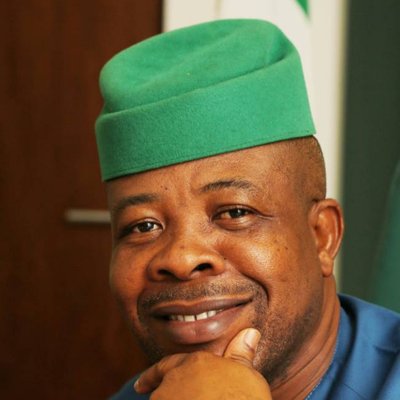 Ihedioha reacts to verdict removing him as governor

Ousted governor of Imo State governor, Emeka Ihedioha, has criticised the Supreme Court verdict which removed him and declared Hope Uzodinma of the Al

Ousted governor of Imo State governor, Emeka Ihedioha, has criticised the Supreme Court verdict which removed him and declared Hope Uzodinma of the All Progressives Congress (APC) as the winner of the March 9 governorship election in the state.

Ihedioha, a PDP candidate, was sacked by a seven member panel of the apex court led by Justice Tanko Muhammad on Tuesday. In the verdict read by Justice Kudirat Kekere-Ekun, the court sacked the governor on the grounds that “Vote due to the appellant Senator Hope Uzodinma and the APC from 388 Polling Units were wrongly excluded from scores ascribed to the appellant (to them) during the collation of the final governorship election.

The APC candidate, Mr Uzodinma, originally came fourth behind Uche Nwosu of Action Alliance and the candidate of the All Progressives Grand Alliance (APGA), Ifeanyi Ararume, who came second and third respectively.

Ihedioha, described the Supreme Court verdict as unfair, unjust and does not reflect the voting that took place during the elections. He added that the decision is the truncation of the people’s will and an affront on the good initiative his administration after its experiences with ‘bad governance’ of the previous government in the state.

“In the last seven months, we sought to elevate merit, unity of purpose, honesty, transparency and an inclusive approach to governance, as the hallmarks of our administration. We sought to restore once again, the pride and dignity of Imo people. We worked very hard to re-engineer the Imo renaissance. But God knows why he has allowed this current state of affairs.

“I do not agree with the judgement of the Supreme Court. I think it is unfair, unjust and does not reflect the voting that took place during the elections. It also didn’t take care of the sensibilities of the people of Imo State. But as true democrats, Engr Gerald Irona (ousted deputy governor) and I have no option but to respect the outcome of that judgement,” he said.

He, however, thanked the people of the state for their support in the achievements recorded within the space of seven months by his administration. He warned them against “any action that is capable of resulting in a breach of the peace” and employed them to support his successor in his rebuilding the state.

“It is incontrovertible that we ran a good race, fought tough battles, (including, principalities and powers) and governed the state well, with the fear of God, accountability, transparency and entrenched due process,” the former deputy speaker said.

“We, however, take solace in the book of Ecclesiastics 3:1, “To everything, there is a season, and a time to every purpose under the heaven.”