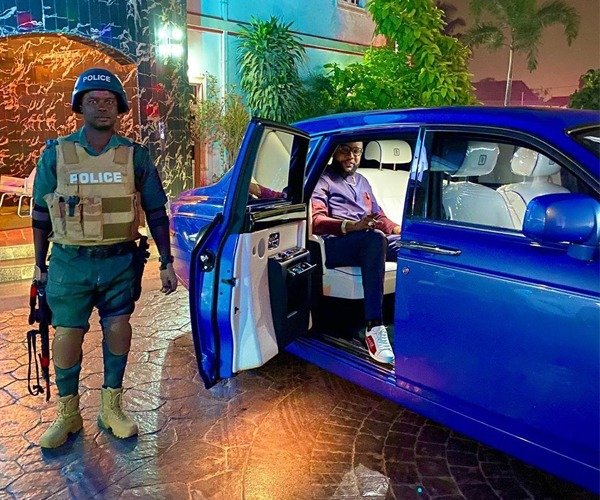 Police spokesman Bala Elkana confirmed the withdrawal of the escorts.
“It is true that his escorts have been withdrawn and an investigation ongoing. I do not have much information on it,” said Elkana.

The policemen, said to be drawn from B Operations, command headquarters, were alleged to have reduced themselves to carrying umbrellas, handbags, and even doing other menial jobs for E-Money and his household.

E-Money, who is the younger brother of star artist Kingsley Okonkwo alias K-Cee, is also said to be under investigation over his flamboyant lifestyle. It was gathered that Adamu directed the Lagos Police Command to commence investigation into the young billionaire’s sources of income following allegations that he used his police escorts like domestic servants.

Known for his philanthropic works towards the downtrodden, E-Money has never shied away from displaying his luxury cars and mansions, including the multibillion palatial he unveiled during the yuletide at his hometown in Uli, Anambra State.