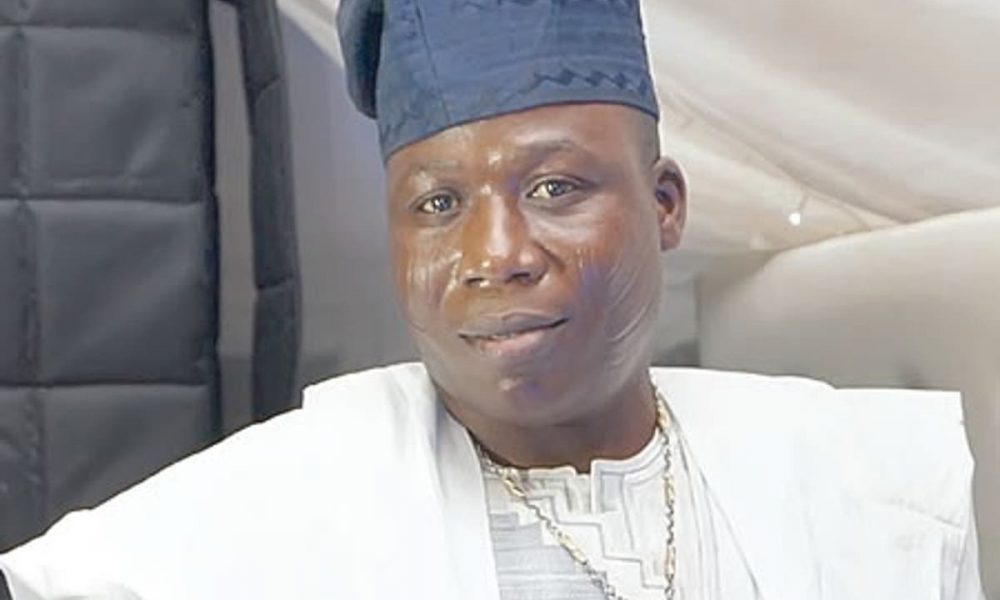 Incarcerated Yoruba Nation agitator, Sunday Adeyemo, otherwise known as Sunday Igboho, has lambasted his lawyers over his continuous detention in Benin Republic prison and their failure to secure his release.

Igboho has been behind bars for almost two months and counting.

Igboho is facing allegations bordering on trafficking in arms, inciting violence and causing disunity in Nigeria.

Some of the other offences said to have been committed by the activist bordered on entering the Benin Republic illegally and alleged planned intent to cause social unrest in the Republic of Benin.

Igboho is being represented by over 50 Benin Republic-based lawyers led by Ibrahim Salami.

According to Igboho, unlike his Nigerian lawyers who are making a headway, the Benin Republic based ones are not achieving any tangible result on his case despite receiving about N5m each.

Igboho said he was not afraid of being extradited to Nigeria “after all Kanu is in Nigeria and we are agitating for the same secession,” he said in a leaked audio.

“I have been here for about two months and the lawyers didn’t come to check on me. It was God who apprehended me himself not any security official in Benin Republic.

“The God who arrested me will definitely release me. That is my faith. Even if all the lawyers say they are no more interested in my case, God will free me. I am no more afraid of anything.

“Those ones are not lawyers. They called themselves lawyers yet they couldn’t stop the judge from remanding me in a prison. Lawyers that couldn’t prevail on the prison warders to remove handcuff from my hands for seven days.

“And they were all heavily paid. Some of them got N5m, N4m, N3m and they can’t get the chains off my hands despite the fact that I didn’t rob anyone and didn’t commit any crime. I am not afraid of any lawyer, let them do their worst. My being in prison was predetermined,” he ranted.

On the allegations levelled against him by the Nigerian government, the activist said he was not invited by the DSS before his house was raided.

“I was not invited but they came to my house with armoured tank and destroyed everything.

“I only complained about the suffering of my people in the hands of criminal herders. I entered the bush myself and chased them out but the government came after me after failing to secure the people.

“I was never with any gun during my Yoruba Nation rallies. We own oil, we own almost everything in the South but we suffer the most. But we can’t continue this way.”

Meanwhile, the activist it asking to be returned to Nigeria, Punch is reporting.

He said, “It is because of the situation I found myself in. If I am determined to get something done, nobody will resist me.

“If they want to return me to Nigeria, they should go ahead. There is God there. Nnamdi Kanu is also in Nigerian custody and we are fighting a similar cause. I don’t care if I am returned to Nigeria too. I am ready.”

The Soka, Ibadan, Oyo State, Nigeria, home of the pro-Yoruba self-determination activist was invaded by men from DSS about 1:30 am on July 1, 2021, leading to the arrest of 12 of his aides, while Igboho managed to escape arrest.

The 48-year-old activist was arrested on Monday, July 19, 2021, by the International Criminal Police Organisation at the Cadjèhoun Airport in Cotonou, Republic of Benin alongside his wife Ropo, on their way to Germany.