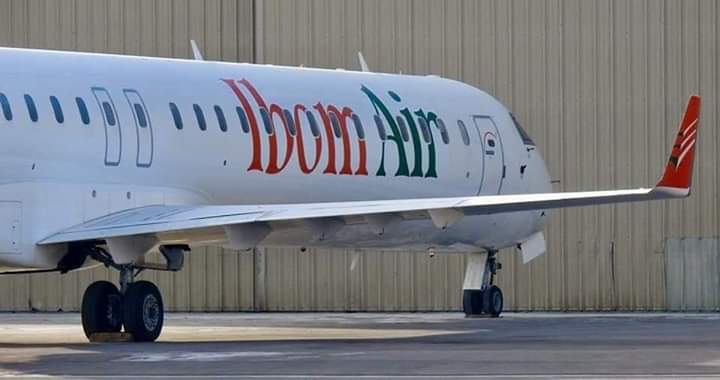 Governor Udom Emmanuel of Akwa Ibom has fulfilled his promise to expand the fleet of the state-owned airline, Ibom Air with the acquisition of a fifth

Governor Udom Emmanuel of Akwa Ibom has fulfilled his promise to expand the fleet of the state-owned airline, Ibom Air with the acquisition of a fifth aeroplane, a Bombardier CRJ900, to her fleet. A few weeks ago, when the governor took delivery of the fourth aircraft, he noted that plans were underway to make Ibom Air dominate the aviation industry in Nigeria and the entire Africa continent in terms of services, professionalism and quality of aircraft.

He stated that the safety standards of Ibom Air remained unbeaten, and the hygiene regulations the best.
“We want to really dominate this industry with our services, the quality of our aircraft and the quality and professionalism of our own personnel. We have people to sell; we have services to sell and we have the best of the best of the aircraft to sell,” Emmanuel said.

The management of the airline went public with news of the arrival of the new aircraft in the early hours of Saturday 1st August, via its official Facebook page. The airline said the new aircraft, with registration number 5N-BXO, arrived Lagos from Calgary, Canada at 00:05 am local time, Saturday morning, (1st August 2020).

“After delays occasioned by the Covid-19 pandemic, Ibom Air is pleased to finally receive it’s fifth Bombardier CRJ900 aircraft, the second of the two additional aircraft purchased in December 2019. With the arrival of this aircraft, our modern and efficient fleet grows to five aircraft and Ibom Air continues to operate the youngest fleet amongst Nigeria’s airlines. This fleet strategy is in line with our vision to be a world-class African regional airline”, the airline announced.

A key benefit of Ibom Air’s very modern fleet of Bombardier CRJ 900 aircraft is that they all come fitted with High-Efficiency Particulate Air (HEPA) filters. HEPA filters are high-intensity filters that do not just filter dust, but effectively capture greater than 99% of the airborne microbes in the filtered air, including microscopic particles such as bacteria and viruses. Cabin air in HEPA equipped aircraft generally passes through the filters 20-30 times per hour, removing contaminants and greatly enhancing the quality of air in the cabin.
Vanguard