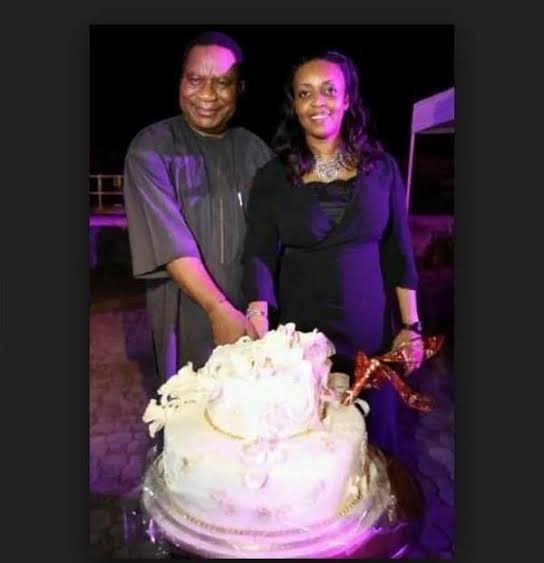 I told my wife, maintain good name, not focus on money – Madueke

Alison Madueke, husband to embattled former petroleum minister, Diezani said when his wife took up a ministerial appointment, he advised her to mainta

Alison Madueke, husband to embattled former petroleum minister, Diezani said when his wife took up a ministerial appointment, he advised her to maintain the family’s good name and not to focus on money.

Diezani, former minister of petroleum resources, is facing charges of money laundering to the tune of $153 million. Though she has not been arraigned. A federal high court ordered the forfeiture of jewellery worth $40 million linked to her as well some of her properties scattered across the country.

Madueke disclosed his advice to Diezani in his recently published book entitled, ‘Riding the storms with God on my side’. He said before the inauguration of the late President Umaru Musa Yar’Adua, he was approached by Goodluck Jonathan, the then vice-president elect, who pleaded with him to allow Diezani take up an appointment “as there were very few persons of Bayelsa origin who had her impressive resumé”.

Madueke, who is a former chief of naval staff, said he initially did not want Diezani to take a public office having become the first female director of Shell Petroleum Development Company in Nigeria and had a great career. But the former naval chief said when he agreed, he told her to maintain the good name of the family and not to focus on money when she was appointed minister in 2007.

“When finally she was appointed Minister of Transportation, I took further time to advise her on the topic of self protection and self preservation in the bureaucracy. I finally recited the advice my father had given me upon my appointment as military governor. ‘Go do your best, don’t bring back money, but bring back my name’. Later in that administration, she was appointed Minister of Petroleum Resources, a position she held until the Peoples Democratic Party lost the 2015 Presidential election,” he wrote.

He said towards the end of Jonathan’s administration in 2015, Diezani was diagnosed of cancer and had to be flown to London for treatment. He said unfortunately, while his wife was severely ill abroad, her condition became an issue of politics in Nigeria. He said Diezani lost her ability to speak and subsequently fell into a coma owing to the complications from cancer.

“On Sunday, July 26, 2015, I stepped into my bedroom soon after our brunch to find that my phone was ringing. It was my mother-in-law, Mrs. Beatrice Agama, who was staying with Diezani while she was undertaking treatment. She was sobbing and only managed to inform me that my wife was no longer talking.

“I was in London by 5.30am the following day, Monday, and went straight to see her. Diezani was in a coma. I called an ambulance that arrived 20 minutes later, the attendants bearing a stretcher. They had to get a wheelchair since the lift could not take the stretcher. In less than 10 minutes, we were at the emergency intensive care unit of the Harley Street Clinic. Her doctor, Prof. Paul Ellis, a top oncologist, was out of town and had to be recalled.

“Three days later, when Diezani finally came out of the coma, she saw me by her bedside and asked what I was doing in London. She had reacted badly to her Friday chemotherapy treatment. Thank God she pulled through that nightmarish incident and is now fully recovered,” he wrote.