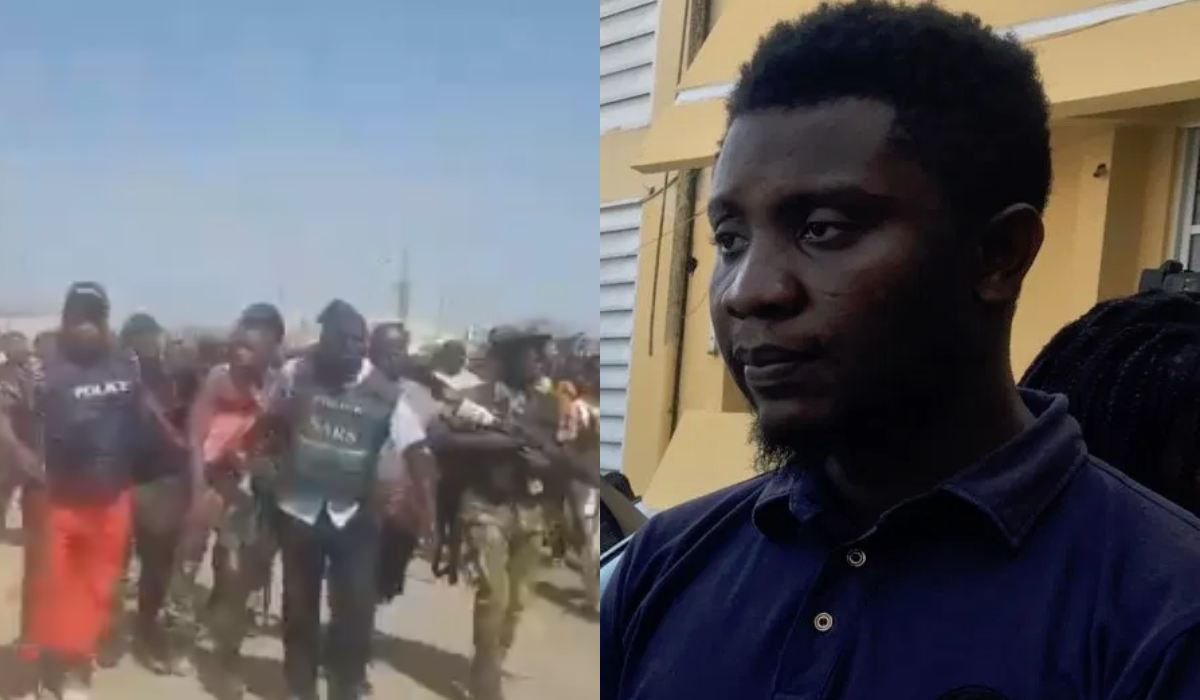 A customer care officer of First bank which was attacked by armed robbers last Saturday, Larry Ehizo, has stated that he began planning how to carry o

A customer care officer of First bank which was attacked by armed robbers last Saturday, Larry Ehizo, has stated that he began planning how to carry out the robbery in October 2019. Ehizo, who recanted his earlier claim that a barman, Ernest Ewim, blackmailed him into carrying out the attempted heist, said he started nursing the idea having monitored the security system and the processes in the bank.

The customer care officer said, “Everything Ewim said is true; he didn’t threaten me. I willingly collected his number and I called him and he said I should give him a few days. When I called him, I simply told him how they would go in, where they would see the riot policeman guarding the bank and how to disconnect the CCTV. On Friday night during our meeting, we had issues with getting a driver.”

When asked the motive for the crime, Ehizo simply stated, “I was just greedy; I thought it was something simple that I could just pull off. I had taken time to study everything; I started thinking about it since October. Maybe, because I work inside, I felt I could take the money. So, I gradually mapped out where the CCTV is, where the police officer stays, his movement, how people are stationed over the weekend and how the ATM functions over the weekend. I took time to map it out for over a month.”

The Federal Capital Territory Police Command had arrested the sixth member of the gang, Ewim, at his hideout on Wednesday.  The police had earlier gunned down a member of the gang, identified as Patrick, and arrested four others during the failed operation. They are Ehizo, 30, as well as Timothy Joe, 21; Princewill Obinna, 24; and Elijah David, 19.

Ewim, who doubles as a barman and disc jockey at the Ever Ready Hotel, Mpape, explained that he organised the gang that carried out the foiled heist at Ehizo’s request. Narrating how he became involved in the attempted robbery, the 29-year-old said he met Ehizo at the customer care desk of the bank when he was having issues with his account. He explained that after addressing his complaints, the bank official took his phone number and called him two days later, promising to give him a job.

Ewim stated, “After two days, I received a call from Ehizo, who identified himself and said he had a job for me. Two days later, he called back and said he would like to see me. He said he wanted to attack the bank branches in Mpape and Mararaba. I said I was not a robber. He asked if I could provide boys for him, so I told Obinna, a photographer, about it because I learnt that he was very stubborn and could fight.”

Ewim added that they met again on the eve of the robbery and discussed the strategy for the operation. He added, “On Saturday, when they were going for the robbery, Ehizo called and asked if I knew how to drive, but I said no. He asked me to get a driver for him, so I introduced him to a motorcyclist, who can also drive. I told the motorcyclist to wait for me opposite the bank. Ehizo said he would like to discuss with the motorcyclist, so I gave the phone to him and they discussed.”

Asked if he informed security agencies about the planned robbery, Ewim said he did not, adding that he did not have the time to do so, because he was always at work. He stated, “On the day of the robbery, I was sick. I left my hotel for the clinic around 3am. After the conversation with Ehizo that he needed a driver, I went to work. I didn’t know that they were going to rob the bank that day. I saw the video of the robbery and people were calling me about it. Even, my brother called me about it, but I didn’t report myself to the police. My brother said he would take me to the police, fortunately, they came around.”

The FCT police spokesman, DSP Anjuguri Manzah, said the suspects would be arraigned soon. Narrating how the failed heist was executed, David said Ehizo informed the gang members that the robbery would fetch them N7m, adding that he assured them that only few staff members would be at work on the day of the incident. David explained that the banker administered an oath of secrecy on him before they went for the robbery.