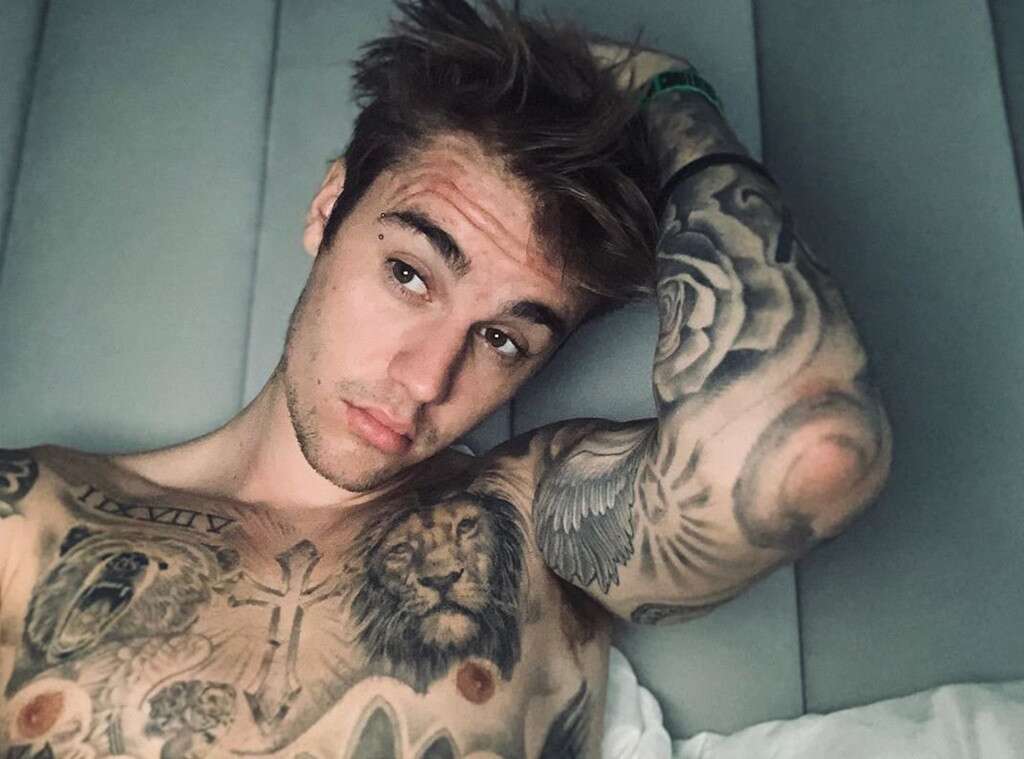 Canadian singer and actor, Justin Bieber, has narrated how his early incursion into the entertainment industry stunted his emotional and social develo

King of talk show, Teju Oyelakin welcomes twins after 6 years
Kylie Kardashian teams up with Balmain for Beats by Dre
From one golfer to another: Trump set to honour Tiger Woods

Canadian singer and actor, Justin Bieber, has narrated how his early incursion into the entertainment industry stunted his emotional and social development and led him into a suicidal life of heavy drug abuse.

In a lengthy and emotional Instagram post, 25-year-old Justin Bieber, who became a celebrity at the age of 13, and has severally hinted having depression problems, explained how the encouragement from loved ones kept him going despite his suicidal mindset.

He said he had become a heavy drug addict at the age of 19, while attempting to manage the overwhelming challenges and responsibilities of adulthood.
“It’s hard to get out of bed in the morning with the right attitude when you’re overwhelmed with your life, your past, job, responsibilities, emotions, family, finances, and relationships,” Justin who is now married to Hailey Baldwin said.

“When it feels like there’s trouble. You start foreseeing the day through lenses of dread and anticipate a bad day. A cycle of feeling disappointment after disappointment. Sometimes it comes to a point when you don’t want to live anymore. Where you feel like it’s never going to change. I couldn’t change my mindset. But I’m fortunate to have people in my life that continue to encourage me to keep going,” he wrote.

“You see, I have a lot of money, cars, clothes, accolades, achievements, awards and I was still unfulfilled. Have you noticed the statistics of child stars and the outcome of their lives? There is nan insane responsibility and pressure put on a child whose brain, emotion, aren’t developed yet. The pressure of stardom does something to you that is quite unexplainable. I didn’t grow up in a stable home. My parents were 18 separated with no money, rebellious as well.

“As my talent progressed and I became successful, it happened within a strand of two years. My whole world was flipped on its head. I went from a 13-year-old boy from a small town to being praised left and right by the world with millions saying how much they loved me and how great I was. Everyone did everything for me. So I never learned the fundamentals of responsibility. I was 18 with no skills in the real world, with millions of dollars and access to whatever I wanted.

“This was a very scary concept for me. By 20, I made every bad decision you could have thought of and went from one of the most loved and adored to the most ridiculed, judged and hated person in the real world. These ups and downs, on their own, are very tough to manage. I started doing pretty heavy drugs at 19 and abused all of my relationships. I became distant to everyone who loved me and I was hiding behind a shell of a person I had become… It’s taken me years to bounce back from all these terrible decisions, fix broken relationships and change habits.”