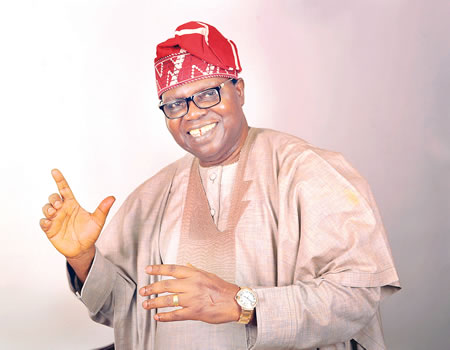 Maestro of juju music, Chief commander Ebenezer Obey Fabiyi is revealing plans to surprise many with a new wife having remained single for almost 10 y

Maestro of juju music, Chief commander Ebenezer Obey Fabiyi is revealing plans to surprise many with a new wife having remained single for almost 10 years since the death of his wife, Lady evangelist Juliana Obey-Fabiyi in 2011 at the Lagos State University Teaching Hospital.

Ebenezer Obey who says he misses the companionship of his wife in an interview with Vanguard said, “I miss her all the time and have seen her in dreams so many times.”

On why he wants to remarry and the kind of woman he wants to marry, Obey said, “I can marry at any time; not just for the sake of marriage as it is, but for the sake of companionship, because what else do I want? I have children, grandchildren and even great grandchildren. So I have been blessed. It is not like I am looking for a wife that would conceive babies. As long as I still have life, you will hear when the time for marriage comes.”

He however said he isn’t disposed to marrying a young lady adding that only a foolish man would take a young lady as wife at his age.
“It’s a foolish old man that will say he wants to marry a young lady. The young lady has just started her life and definitely is virile and strong. Someone like me should be thinking of a woman who is 60 or above. And when I do it soon, everyone will know.”