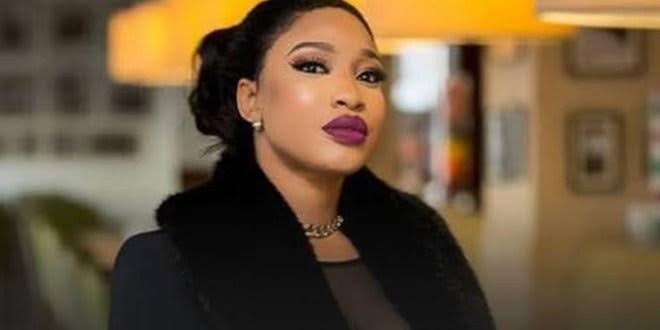 I once drank sniper to take my life, Tonto Dikeh reveals

Controversial Nollywood actress, Tonto Dikeh says she once attempted suicide over criticisms and negative perceptions about her personality. This i

Controversial Nollywood actress, Tonto Dikeh says she once attempted suicide over criticisms and negative perceptions about her personality.

This is coming on the heels of the controversy that enveloped her three months relationship with politician, Prince Kpokpogri and it’s eventual demise.

Dikeh who spoke at a recent Tedx where she reflected on her past struggles with suicidal thoughts and how she finally managed to leverage the controversy.

Dikeh said at the time, she usually go indoors to cry when people say negative things about her due to their misconceptions about her personality.

The mother of one said the situation left her heavily depressed that she drank a bottle of sniper to end her life.

Dikeh said amid her suicidal thoughts, she ruminated over how her action could make life difficult for those who are looking up to her and decided to have a rethink.

“For years, I allowed the controversy to break me because I was not using it. Every time someone says a negative thing about me, I would go home and absolve it. I never knew what to do with it, I was stagnant,” she said.

“I let negativity got to me so much that I became what people thought I was. Then, if you call me a fool, I’ll act like one for you because I was in pain and need to let people know they’re hurting me.

“One day, I was in my room and was so tired. God knows that I was so tired that I took a bottle of sniper and drank it all.

“I just wanted it to be over. It was too much for me that I couldn’t control it. In my mind, I knew who I am but you’re telling me I’m someone else.

“My life was in a fix. I took the poison and kept waiting for what would happen….in that instance Jesus spoke to me ‘I gave you a second chance.”

The entrepreneur said she has mastered the art of leveraging on controversies since the experience that she no longer allow negative remarks get to her.