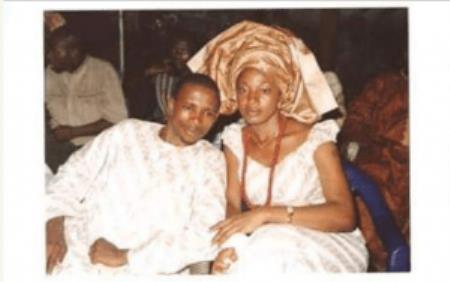 Judith Ojukwu, the younger sister of Uchenna Eucharia Ojukwu, who used to be married to embattled senator Elisha Abbo, has opened up about the painful

Judith Ojukwu, the younger sister of Uchenna Eucharia Ojukwu, who used to be married to embattled senator Elisha Abbo, has opened up about the painful death of her sister and how she died.

From Awka-Etiti, Anambra State, Judith claims that her sister who is now late, allegedly died as a result of domestic abuse and a long battle with HIV. Taking to her Facebook, she wrote, “Mr Cliff Ishaku, you have from your actions awakened and bruised my already healing wounds. Hope you are ready because the finger my God is pointing out on you won’t go down anytime soon” she wrote, adding that she has more to say anout tge Senator’s sordid past.

“22nd July they said right? It’s about time I start lashing this idiot bcos my silence has made him feel superior. God pass man! Have held it in for so long now, Mr cliff ishaku, you know what I’m capable of & have known that I’m your greatest fear. Today you pleaded not guilty, that shows you still don’t have the fear of God in you till date. I’ve been your greatest nightmare & trust me, my silence wasn’t a sign of weakness. It was just me leaving it all to God Almighty & as His ways are not ours, years after the untime God who is never late showed up to expose your true identity to not only Nigerians but the entire world. Cliff, I will lash the truth about you & you know I don’t rant. The truth will eventually come to light bcos you are & have always been an animal in human skin.” 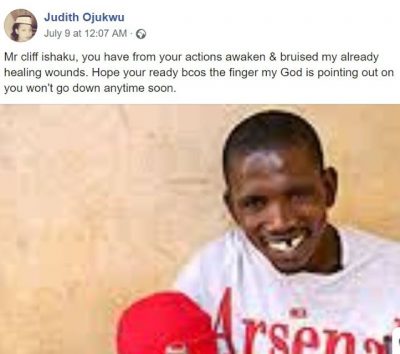 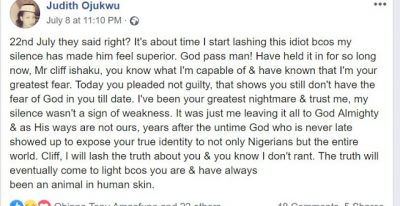 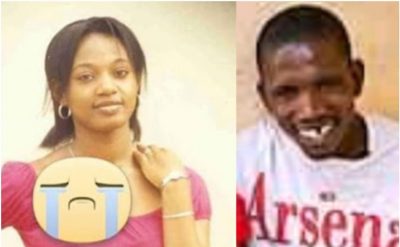 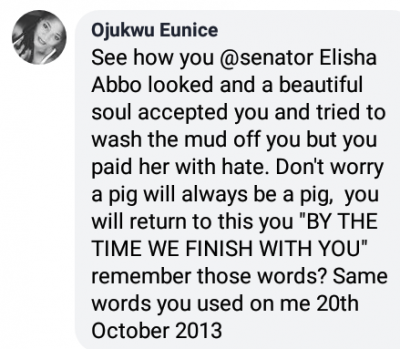 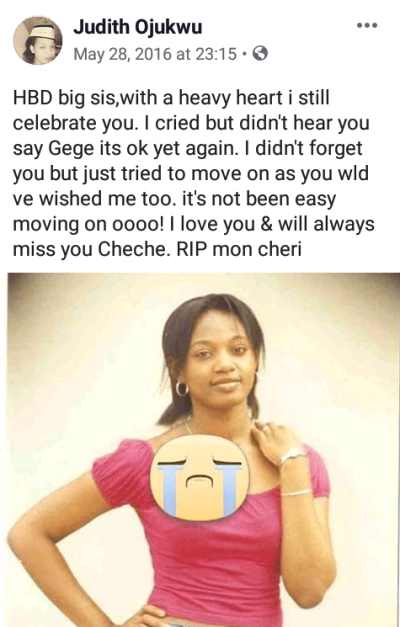 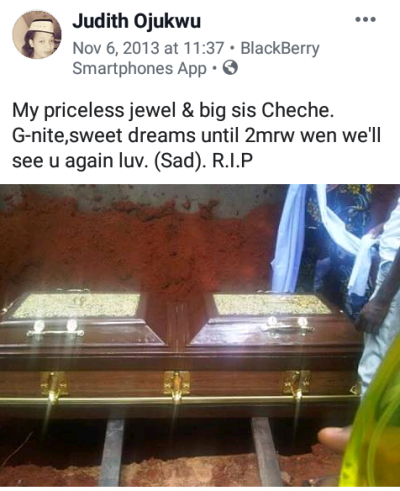