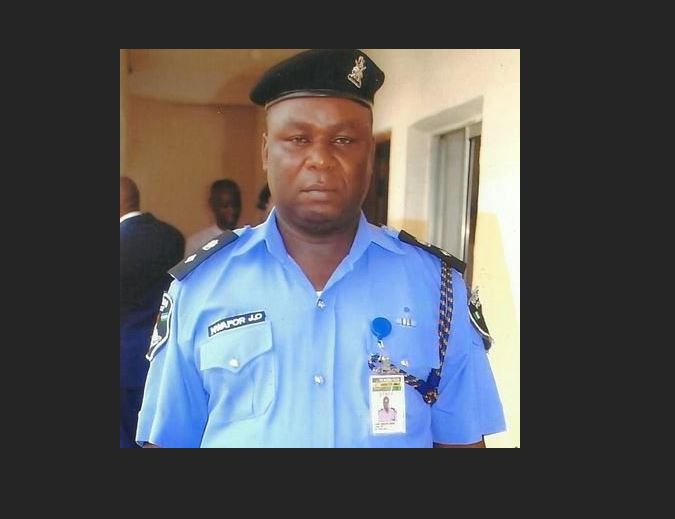 How our only son was arrested, killed in police custody – Family tells panel

Chimamanda was about to clock a year when her father was arrested by the police in 2014. Chimamanda is now seven years old but her father’s wher

Chimamanda was about to clock a year when her father was arrested by the police in 2014. Chimamanda is now seven years old but her father’s whereabouts remain unknown. Her dad, Okwuchukwu Onyemelue, a graduate of Architecture, was arrested by operatives of the Special Anti-Robbery Squad (SARS) of the police on June 24, 2014.

According to the relatives, in a petition, Onyemulue was in the company of his sister when officers of SARS Awkuzu stormed their father’s residence in Onitsha, Anambra State. The family claims ”the officers flung the doors of their dad’s car open, pounced on Mr Onyemulue and started beating him on that day.”

“One of the officers held his sister down, asking if she was related to Okwuchukwu. When his father heard of the commotion outside, he ran out only to find his son on the floor and under the firm grips of SARS operatives. He was threatened by a gun-toting operative who told him to leave the vicinity,” the petition read.

The said SARS operatives reportedly drove Mr Onyemulue off in their vehicle, while another operative drove the parents.
“A few days later, his friend, Malaika and cousin, Odira Nwagbugbu, were also arrested by operatives of SARS Awkuzu and later released.”

The petition said Mr Onyemulue’s father travelled to SARS office in Awka to enquire about the offence his son committed, but he was not allowed to see his son.
“While Okwuchukwu was in detention, members of his family kept visiting SARS Awkuzu with the hope of seeing him. They were prevented by CSP James Nwafor from seeing him.”

The family, however, said that sometime in August 2014, a photograph of Onyemulue was published in a newspaper publication, under the news headline, “Boys caught stealing with guns”, ostensibly on a police crime parade.
“Okwuchukwu was in a group photograph of other young boys, who were carrying guns like Okwuchukwu. When Okwuchukwu was arrested at his father’s place of business on 24 June 2014, he had no gun on him, neither did he have a weapon nor a harmful object capable of causing injuries or death,” the petition read.

“The operatives of SARS handed him a gun, paraded him like a common thief, having apparently tortured him into confessing a crime he never committed. A few days later, following the newspaper publication, Okwuchukwu was again shown on national television with a gun and gunshot injury to his right leg making ‘confession’ that he was caught with the gun while robbing. He was also made to confess that he was a kidnapper.”

The family noted that all efforts to secure the release of their son were unsuccessful.
“Okwuchukwu’s parents, including his siblings, the petitioners, kept visiting SARS Awkuzu to see him. The operatives of SARS kept demanding money for his release. The family sold their landed property in Onitsha, took loans from banks, specifically, MayFresh Bank, Main Market, Onitsha, to meet the insatiable monetary demands of CSP James Nwafor, all to get Okwuchukwu out of SARS Awkuzu.”

Following Onyemulue’s illegal detention and alleged unlawful killing, the petitioners are demanding N250 million compensation. They also demanded a written public apology from the Nigeria Police Force and prosecution of Mr Nwafor and others involved in the alleged illegal arrest, detention and killing.