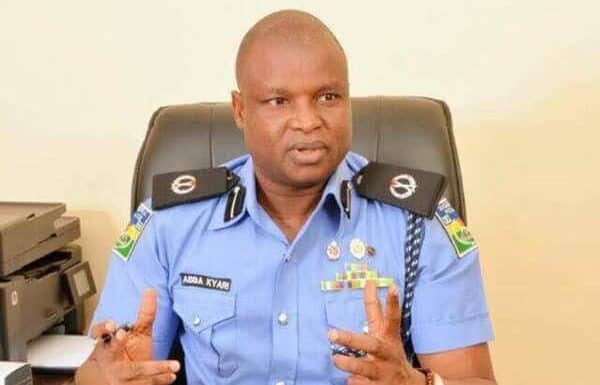 Abba Kyari, a deputy commissioner of police (DCP), who heads the intelligence response team (IRT) of the inspector-general of police, has been accus

Abba Kyari, a deputy commissioner of police (DCP), who heads the intelligence response team (IRT) of the inspector-general of police, has been accused of extorting over N41 million from Afeez Mojeed, a Lagos-based businessman. The extortion, Mojeed claimed, was done in 2014 when Kyari was officer in charge of the now disbanded special anti-robbery squad (SARS) in Lagos.

In a series of petitions between 2016 and 2018, Mojeed sought justice through the Independent Corrupt Practices And Other Related Offences Commission (ICPC) and National Human Rights Commission (NHRC), but to no avail.  In a fresh petition filed on October 22, 2020, through Salawu Akingbolu & Co, Mojeed’s counsel, and addressed to the newly formed judicial panel of inquiry and restitution for victims of SARS-related abuses in Lagos, Kyari and his officers were accused of forcefully taking about 32 items from Mojeed’s house during a raid in 2014.

In his petition, Mojeed said his ordeal began on the night of October 18, 2014, when four gun-wielding policemen from SARS broke into his house. The businessman, who was home with his pregnant wife, 18 month-old son and mother in-law, had thought it was a robbery attack.

“They forcefully took his wedding ring and that of his wife from them, opened their wardrobe and took the sum N280,000 and the sum of N50,000 was also taken from his car, after which the Honda Accord (2008) model was seized and taken away till today. Phones, landed properties, cheque books, bank cards and other valuable documents were allegedly taken from his house,” the petition read.

After ransacking the house, Mojeed was reportedly taken to the SARS office in Ikeja where he was detained for 14 days – from October 18 to October 31, 2014. He was later “arraigned on a trump-up charge” of stealing N97 million and for over one year, the matter was in court, the police never showed up or brought any witness. Ater several adjournments, the court reportedly struck out the charge against him.

According to the petition, while in detention, “the police under the supervision and threat of Abba Kyari (OC SARS) forced him to sign three Zenith Bank cheques in the sum of N150,000 each making N450,000 in total on October 22 – 23, 2014 and gave the sum to one Alabi Olawale Nurudeen who is also one of their cronies to withdraw. The police also allegedly obtained password to his bank card with which they withdrew another N395,000 from his account between October 20 to 23, 2014.

Allegedly on the directive of Kyari, Mojeed was taken by “one Inspector Fola, Corporal Bolu and Corporal Akeem to Diamond Bank Ajah branch on October 23 and 24, 2014 to forcefully transfer the sum of 41 Million and N800,000 respectively from his corporate account M. Mateen Concepts into the account of one Obinna Edward, whom our client had never seen or heard of before, after which they shared the money.

“All these acts perpetrated on our client were exhibited with serious injuries inflicted on him due to a series of slaps and beatings for them to get access to his ATM password, signature on cheques and also transfer from his account.”

Mojeed’s counsel had confronted Kyari in his then office in Ikeja on why he would seize his money and properties without a court order, but Kyari reportedly said he had kept the money as an exhibit.
“But till date, they have not released any of the items to him including his car which which we got information had been taken away by Abba Kyari,” the petition read.

Kyari was also accused of attempting to connive with Mojeed’s counsel to further extort him. The senior police officer reportedly told the counsel that Mojeed was an internet fraudster and that was why they took the money from him.

“He also went further that there was another N15 million in another account, that the counsel should cooperate with him to take it the way they took N41 million and a sum of N5 million would be given to him while they would take N10 million. The counsel was allegedly threatened over the refusal to “cooperate” with Kyari.  ,” the petition read.

Loading...
Newer Post
Ondo Regent abducted, molested over throne succession
Older Post
Here is why family members of victims of #Lekkitollgatemassacre are afraid to speak out