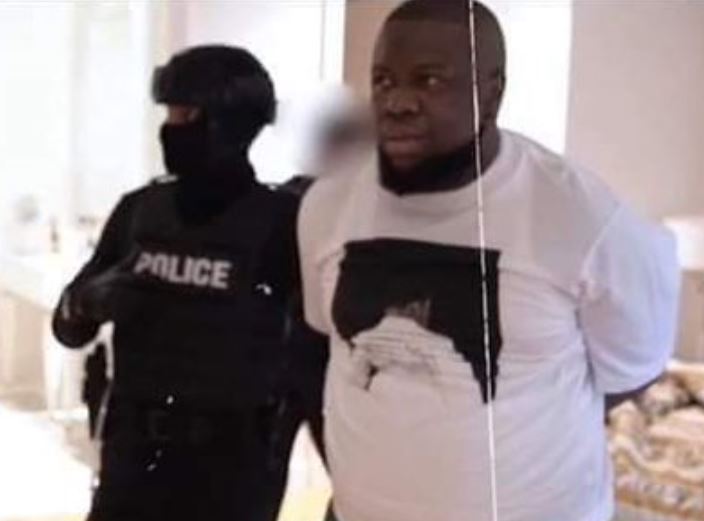 The Google account of Ramon Abbas, better known as Hushpuppi, was one of the things that made it easy for the Federal Bureau of Investigation (FBI) to

The Google account of Ramon Abbas, better known as Hushpuppi, was one of the things that made it easy for the Federal Bureau of Investigation (FBI) to track him, according to documents.

Hushpuppi was arrested in Dubai in June but later extradited to the US following a series of criminal activities allegedly traced to him. The ‘Instagram billionaire’ has been charged with conspiracy to commit money laundering before a US court.

In a document signed by Andrew Innocenti, a special agent of the FBI, three people — Abbas, co-conspirator 1 and co-conspirator 2 — were accused of participating in fraudulent schemes involving hundreds of millions of dollars.

According to the FBI, an analysis of the iPhone and online google account belonging to co-conspirator 1 showed that messages were exchanged with Hushpuppi, requesting accounts into which funds realised from the money laundering schemes could be sent to.

“Based on records from Instagram received in June 2020, the Instagram account was subscribed with the name “RAY,” the email address, rayhushpuppi@gmail.com, and the verified phone number +971502818689 (“Phone Number 2”),” the document read.

“The Instagram account was created on October 10, 2012, and recent account history from 2020 showed logins from Internet Protocol (“IP”) addresses located in the U.A.E.2 (ABBAS lives in the U.A.E., based on information from his email and social media accounts, financial records, and internet research). Based on subscriber records from Snap Inc., the Snapchat account “Hushpuppi5” used the phone number +971565505984 (“Phone Number 3”) and the email address rayhushpuppi@gmail.com (i.e., the same email as the Instagram account).

The document also gave details of records from Apple Inc., as well as his Gmail account, which showed invoices, tenancy contract, flight itinerary, Dubai visa, a Nigerian passport, among other documents all directly linked to Abbas. Details of a conversation between the suspects were also revealed.

In the conversation that followed, Co-conspirator 1 reportedly told Abbas that there was only one wire to the account in Romania. “Sender name : tipico group limited. Country : [Foreign Financial Institution Country] Amount : 500k euro…

“It’s there now my other crew confirmed it’s there as well.”

Later, while trying to figure out whether the wire had been successful, co-conspirator 1 was said to have added: “They did me 3 wires (2 to euro 1 to USA)… Bank it came from is :[Foreign Financial Institution].

The document added that the sender wrote: “Brother, we still have access and they didn’t realize, we gonna shoot again tomorrow am.”