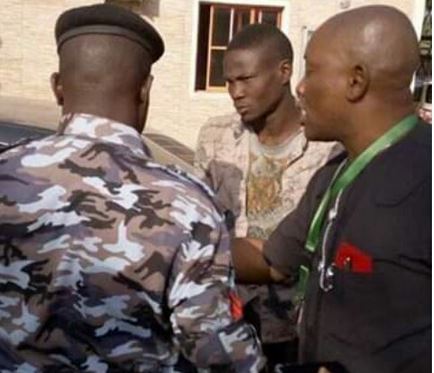 Lockdown: Bishop Oyedepo begins weekly distribution of food items worth N25m directly to poor households
Kaduna bombing suspect said his name is Mohammed before police took him away – CAN
A peep into how Winners Chapel came into being as the church clocks 39 years today

Contrary to what is being peddled by news mediums as to the real name of the bomber who attempted to detonate a bomb in the premises of Living Faith Church Worldwide, otherwise known as Winners’ Chapel, over the weekend in Kaduna, former aviation minister, Femi Fani-Kayode has said that the arrested terrorist is a Muslim of Fulani heritage and not a Christian as is being claimed.

Fani-Kayode dismissed reports that the alleged bomber’s name is Nathaniel Samuel, insisting the suspect’s real name is Mohammed Nasiru Sani. Taking to Twitter, he said:
“If anyone really believes that the individual that attempted to plant a bomb in Winners Chapel, Kaduna is a Christian and that his real name is Nathaniel Tanko they need to have their heads examined. He is actually a Hausa Fulani Muslim and his real name is Mohammed Nasiru Sani.”

The Kaduna State Police Command, on Sunday, arrested the terrorist with improvised explosive devices (IED) at the Living Faith Church, Sabon Tasha, Chickun Local Government area of Kaduna State. Some worshipers at the church said that the terrorist was apprehended after dropping a bag in the church and sneaked out. They said the man was later traced to the church toilet where he was caught holding a remote control and was subsequently handed over to the police.