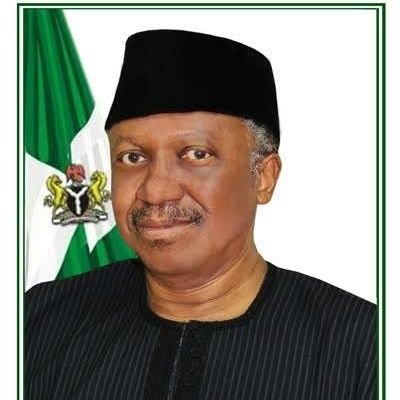 Nigeria’s health minister, Osagie Ehanire, has said that the reason the Italian infected with coronavirus disease wasn’t detected at the Lagos interna

Nigeria’s health minister, Osagie Ehanire, has said that the reason the Italian infected with coronavirus disease wasn’t detected at the Lagos international airport, his port of entry, was because it was still at the incubation stage, according to PremiumTimes.
“So, it is not that it is a failure of screening. The screening went very well. The information I have this very morning is that he is stable, so all people will not be equally severe.”

This implies that the disease can be missed in a person who is yet to have symptoms and that is why WHO and the government have been advising that people who have had contacts with infected persons should be self-quarantined for at least 14 days because much information about the nature and pattern of the disease is still unknown.

He said the Italian showed no symptoms of the disease until Wednesday which was why he presented himself to the hospital. He has since been isolated and treatment has also commenced, Ehanire also added that Nigeria is taking the contact tracing for people who have been in contact with the unnamed Italian seriously and would be contacting those in the same flight as the Italian.

“We have started working to identify all the contacts made by the patient since he entered Nigeria, even those with him on the aircraft. We are working to find out where this gentleman was, where he sat, those who sat around him and set up a monitoring team for all the passengers and crew members of that flight in order to get information and monitor their state of health. We will advise anyone who has any symptoms to report and be monitored and be checked,” he said.

Ehanire said Nigeria will be able to provide early diagnosis and treatment to confirmed patients as it is already putting in place mechanisms to do so. He said China has shared its treatment procedures with Nigeria to assist the country’s response to the treatment of the new coronavirus.

Lagos State confirmed the coronavirus case, the first in Nigeria and Sub-Saharan Africa. As of Friday afternoon, there have been more than 83,000 global cases, with infections in every continent except Antarctica. The disease which was first detected in Wuhan, Hubei Province in China has killed at least 2,800 people worldwide, the vast majority in mainland China.

Outside China, health experts have raised concerns about the spread of the virus in three countries, South Korea, Iran and Italy. The virus has since spread rapidly from these three countries to places where it was formerly not available. At least 11 European countries and Nigeria now have confirmed cases of coronavirus, many of which have been traced to Italy. So far, South Korea has the biggest outbreak outside China, with 2,337 cases.

The health minister advised that to contain an outbreak in the country, Nigerians should avoid crowded gathering, wash their hands and use hand sanitizers when needed. He also cautioned people to stay about a metre away from people coughing, sneezing or feeling feverish.