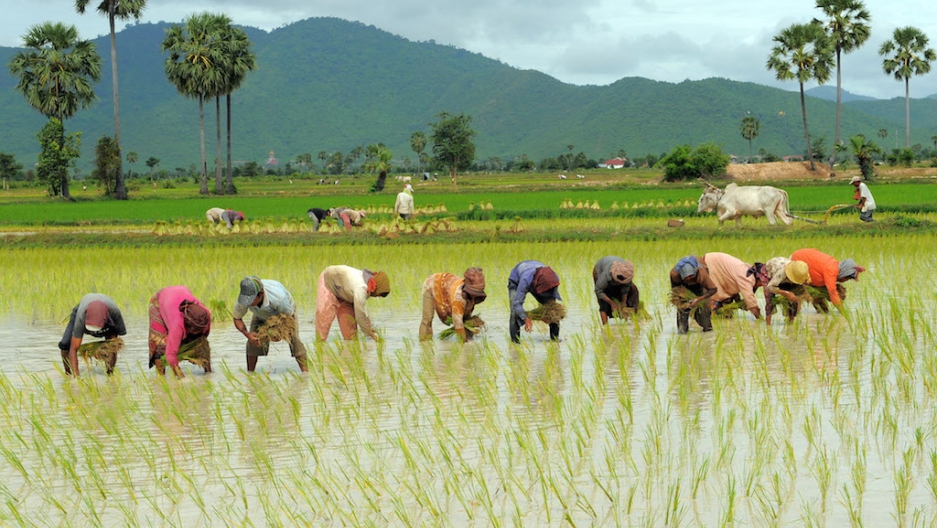 There is tension in Taraba State as armed herdsmen and their cattle allegedly occupied and completely destroyed over 750 hectares of a rice farm in Dubale Village of Lau Local Government Area, cultivated by Wal-Wanne Nigeria Limited. Alhaji Muhammed Musa, the company’s farm coordinator, in a press briefing on Wednesday in Jalingo, lamented that the hectares of rice farm had yielded well and harvest was about to commence when the herdsmen brought in about 2,000 cows to occupy and destroy it.

Musa appealed to security operatives to help in arresting the armed herdsmen so as to bring them to book which will serve as a deterrent to others. He called on the government to compensate the company and other affected farmers in the area in order to keep the hope of ensuring food security alive.
“As a company, we have been farming rice in many states of the federation but we have never witnessed a destruction of this magnitude. I am so surprised at the manner in which armed herdsmen move about destroying farms in the state.”

Mustapha Mohammed, the farm supervisor, lamented that their dreams of ranking among the highest rice producing companies in the country had been thwarted by the activities of the herdsmen. He said the much-needed peace and development would continue to elude the country until the authorities summoned the political will to address the menace of herdsmen. Deputy farm coordinator of the company, Alhaji Adamu Haruna also lamented that herders and cattle were still destroying farms despite President Muhammadu Buhari’s directives to Nigerians to embrace farming.

When contacted, the North East Zonal Chairman of Miyetti Allah Cattle Breeders Association of Nigeria, Alhaji Mafindi Danburam, said that he was aware of the sad incident and had directed the farmers to ensure arrest and prosecution of the perpetrators.
“The farmers have drawn my attention to what happened and whose rice farm was invaded. I have told them to try and identify the herders for arrest them because that is the only way we can bring them to book,” he said.