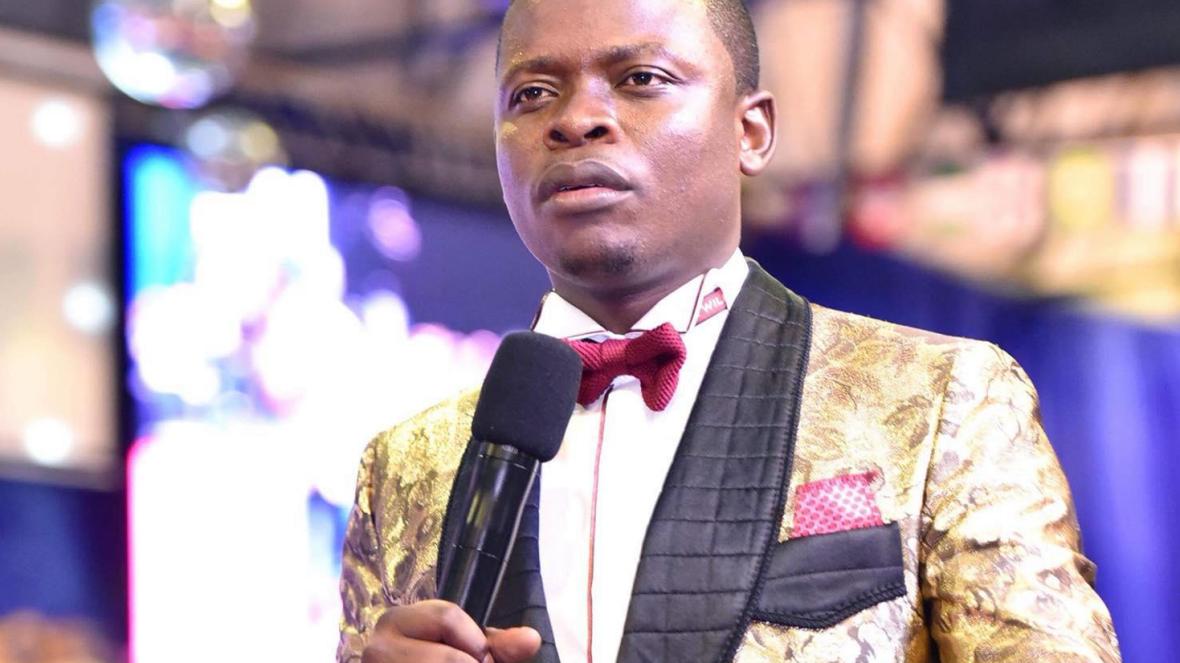 Former deputy finance minister of Zimbabwe, Terence Mukupe has sensationally accused Malawi-born preacher Shepherd Bushiri of having an adulterous affair with his musician wife, Rachel J. Mukupe, a onetime Zanu PF MP for Harare East, accused Bushiri of being a fake prophet and running a fake church after he came across what he says is WhatsApp evidence of his wife and the preacher arranging to meet for sex romps in Malawi, Pretoria and Rustenburg.

Bushiri has issued a statement denying the accusations.

“I’m coming after you. I want the R100,000 that we seeded to your fake church back ,false prophet! I want you Bushiri to deny that you met her three times in Lilongwe, Pretoria and your Rustenburg place with my blessing – me buying the plane tickets and you offering to go into business with us with Honourable Chihana from Malawi in tow. Deny it and we will see who serves a true God,” Mukupe said in a Facebook post aimed at Bushiri.

Mukupe posted several screen shots of his wife’s phone, showing her talking to someone whose name is saved as ‘Major 1’, Bushiri’s nickname. The messages show Rachel J, who is now pregnant, chatting with Major 1 who tells her he has “landed”, it is presumed in Malawi sometime in June 2018. Major 1 then invites her for a warm bath after she sent him her picture, to which she replies: “Not a chance.”

Unrelenting, the man identified as Bushiri invites Rachel J to come to Malawi where he says he will remain until Friday. When she replies ‘you’re tempting me’, Major 1 asked, “you don’t wanna come ur busy?” Major 1 then posts a picture of Bushiri on a lakeside deck. Rachel J then tells Major 1 that “will be seeing you on Wednesday.” 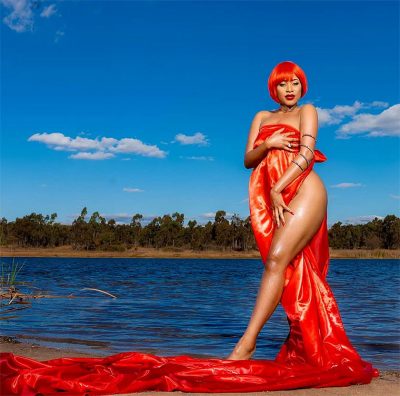 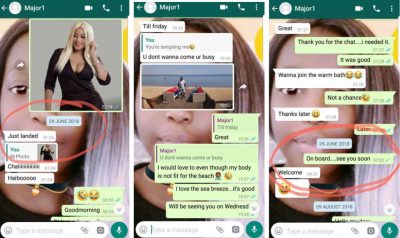 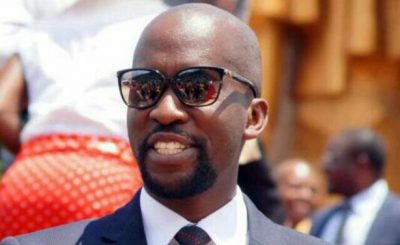 On June 29, Rachel J sent a message to the man Mukupe says is Bushiri, stating: “On board… see you soon.”

The two are believed to have met for sex trysts in the lakeside district of Mangochi.

Mukupe said he had received abusive messages from Bushiri’s army of loyalists, who call him ‘Papa’, but said he would not be bullied.
“I’m coming after your fake Papa Prophet Shepherd Bushiri. I have material for days. This is my last post, see you in Pretoria court,” Mukupe posted on Wednesday.

In a statement posted on his Facebook page, Bushiri said it was “not in my nature to respond to allegations levelled against me”, but he was making an exception to what he called “false allegations” by Mukupe that “I am responsible for his wife’s pregnancy.”

Bushiri also said he had not travelled to Malawi in the last 13 months after his arrest on money laundering charges in South Africa, and subsequent seizure of his passport. It was not clear what the significance of the 13 months was, as Mukupe insists that the Malawi meeting between Bushiri and his wife took place in June 2018 – some 20 months ago.

Bushiri denied that he uses WhatsApp, maintaining that he last used the platform in 2017. He also denied that the South African number that was sending the messages was associated with him.
“Given all this, it is therefore impractical and impossible for his allegations to be materially true. Sadly, this guy’s lies are part of a pattern of libel and slander that has been directed at me for over a decade,” Bushiri said before threatening to “make yet another example out of him” through a lawsuit.

Bushiri, who is married to Mary Zgambo, a Malawian national, has previously faced allegations of having sexual relations with members of his church.