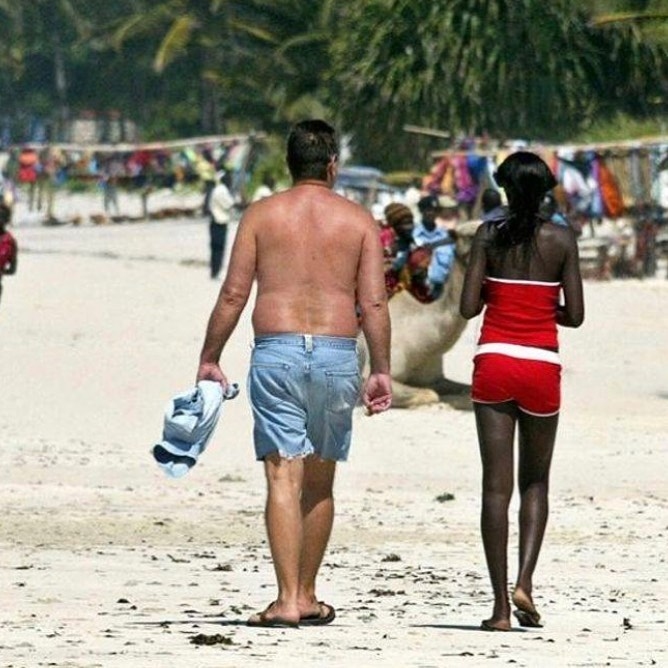 To beat the rising levels of poverty, some Kenyans have been handing over their wives of husbands to rich tourists who want a good time before reuniti

To beat the rising levels of poverty, some Kenyans have been handing over their wives of husbands to rich tourists who want a good time before reuniting with them after the job. Among the persons already in the job is James Kimani, a tour guide, who says that he has been renting his wife out for such since August 2018, in pursuit for that extra coin.

He says that it began when a tourist asked for his help to get a Kenyan woman with whom he was to spend his time with in Kenya, and due to the poverty, he handed over his wife. However, he says, he had to pass her out as his sister to make her acceptable to the man.

“Yes, I have a nice, bubbly woman. She is dark-skinned, well-endowed and naughty. She is my younger sister, very single and well behaved. I can bring her tomorrow,” he reportedly told the white man.

Kilifi County Police boss Patrick Okeri confirmed having knowledge of the same, adding that it has grown to an extent that some women even have two husbands, a European and their original Kenyan husbands.
“Recently there was a case of a woman with two husbands, a foreigner and a Kenyan. She shares her house with the foreign husband when he comes to Kenya and when he leaves the country her Kenyan husband comes back home,” he said.

Paul Adhuoch who heads Trace Kenya, a child rights organization, says that the same also affects children who are also targeted by the tourists for sex tourism. He says that over 13,000 minors engage in sexual activities along the coastal counties annually, the majority of them being girls. This, he says, has resulted in an increase in unwanted pregnancies and sexually transmitted infections.