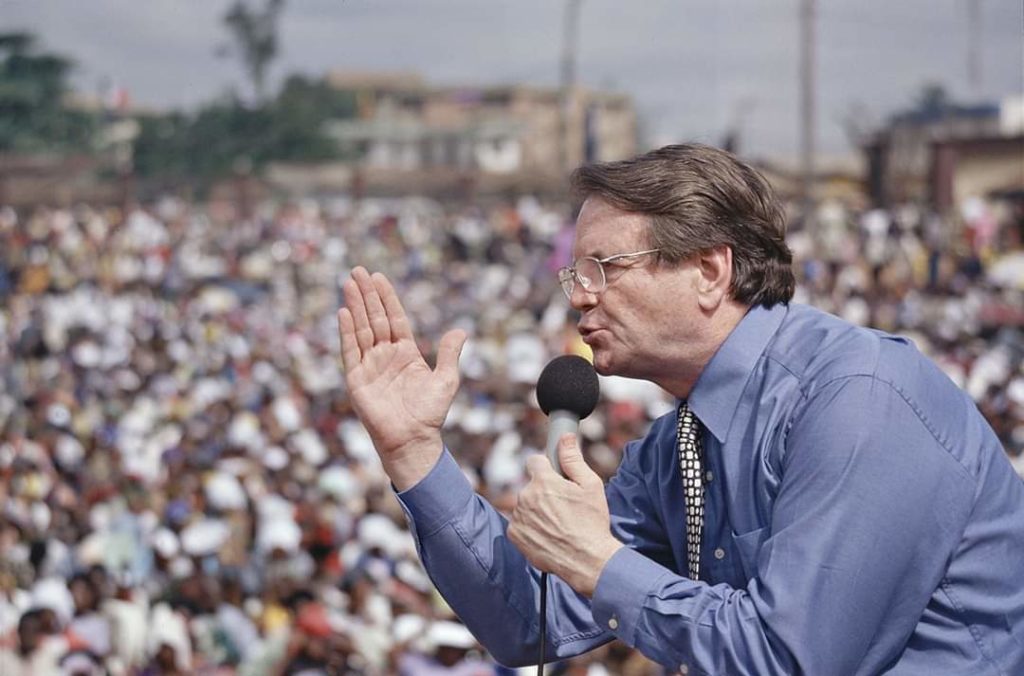 German Pentecostal evangelist, Reinhard Bonnke who is principally known for his gospel missions throughout Africa is dead. He died at the age of 79. A

German Pentecostal evangelist, Reinhard Bonnke who is principally known for his gospel missions throughout Africa is dead. He died at the age of 79. A post on his official Facebook page explained that he passed away peacefully and was surrounded by his family.

“It is with sorrow that the Bonnke Family would like to announce the passing of our beloved husband, father, and grandfather, Evangelist Reinhard Bonnke. He passed away peacefully, surrounded by his family, on December 7, 2019. For the past 60 years he has preached the glorious Gospel of Jesus throughout the entire world. We want to thank you on behalf of him and our family, for your kind love and unwavering support, which enabled him to preach the matchless message of salvation to countless people,” the statement read.

Bonnke, who drew huge crowds over decades of preaching, was best-known for his work with the Christ For All Nations organisation throughout Africa. The Pentecostal preacher oversaw more than 79 million conversions to Christianity, his organisation claims.
“It’s no exaggeration to say that his work transformed the continent,” it said in a statement.

Reinhard Bonnke was born in 1940 in Königsberg, Germany, a city on the Baltic Sea is now called Kaliningrad, and is part of Russia. He became involved in missionary work in Africa at a very young age and in 1974 founded the Christ For All Nations mission organisation, which was headquartered in South Africa and later in Germany. His activities in Africa at times stirred controversy.

In 1991, there were religious riots in the Nigerian city of Kaduna after police granted permission for Bonnke to hold a revival meeting and thousands of Muslims took to the streets in uproar. At least eight people were reported killed.  In 1999, 16 people died in a stampede during a rally organised by Bonnke in Benin City, Nigeria.