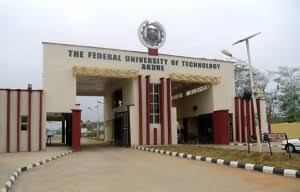 The Federal University of Technology Akure (FUTA) has suspended one of its students for a hacking the website of Premium Times, a Nigerian online news

Controversial Anu Adepoju of Medcontour, arrested, charged to court
You are too garrulous – Uzodinma fires back at Wike
Kaduna files criminal charges against Anglican bishop

The Federal University of Technology Akure (FUTA) has suspended one of its students for a hacking the website of Premium Times, a Nigerian online newspaper.

The suspension was handed down to the student named Afolabi Emmanuel on Wednesday by Adegbenro Adebayo, the varsity’s deputy director of corporate communications. Adebayo said that the alleged action by the final year student of the Department of Food Science and Technology constituted misconduct and misuse of the FUTA’s IT infrastructure.

In the suspension letter dated August 5, FUTA said it received a complaint from Premium Times about a denial of service (DOS) attack on its website between February 28 and 29. The varsity had initiated an investigation and thereafter discovered that Emmanuel carried out the alleged act using its IT infrastructure.

Adebayo said Emmanuel used the login of staff members without authorisation to carry out the act.
“The university reiterates that it will continue to visit such aberrant act with the full weight of the rules and regulations governing students’ behaviour and conduct off and on the campus,” he said.

While the accused was being given an opportunity to explain himself, he was placed on suspension indefinitely, during which he’s not to be found anywhere in or near the precincts of the institution.