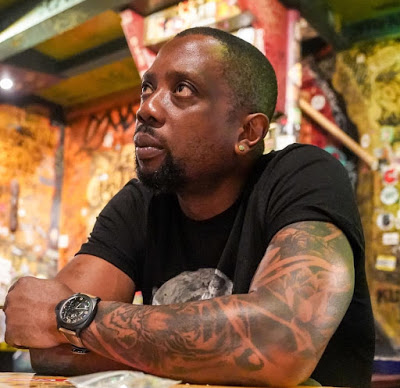 The 65-metre ‘Galactica Star’ yacht owned by Kola Aluko, the Nigerian-born fugitive oil mogul and close pal of Nigeria’s former Petroleum minister, Diezani Alison-Madueke, has been sold. The super luxury toy item was sold on Thursday July 25 according to  Yachtharbour.com.

According to PMExpress, the luxury vessel was listed for sale earlier this year for $42 million as a result of a notorious corruption case in Nigeria, involving Aluko, Mr. Jide Omokore and former oil minister, Diezani Alison-Madueke.

In April 2019, the vessel was offered for sale in a sealed bid arrangement, proposed by the U.S. Department of Justice and the Federal Republic of Nigeria and approved by U.S. federal court. The sale process roots back to corruption case against two Nigerian nationals.

Aluko is one of four defendants accused of cheating Nigeria out of almost $1.8 billion in siphoned crude oil sales. The U.S. government also accused Aluko and Omokore, of laundering money in the United States and using it to acquire the yacht, among other assets.

The US and Nigerian governments received Federal Court approval to sell the arrested superyacht due to high maintenance and dockage fees, estimating the combined cost at around $170,000 per month. Managed by Fraser, the vessel was listed at $42,000,000.

The yacht was custom-built by Dutch yard Heesen in 2013 and is second only to the builder’s 70-metre Galactica Super Nova in terms of LOA. The yacht features exterior styling by Omega Architects, engineering by Van Oossanen & Associates, finished by interiors from the boards of Bannenberg & Rowell.

It accommodates up to 12 guests overnight in 6 cabins, comprising a master suite, 1 VIP stateroom, and 4 double cabins. She is also capable of carrying up to 13 crew onboard to ensure a relaxed luxury yacht experience. The most alluring feature about the vessel is what goes on below the waterline. Van Ossaanen Naval Architects successfully created a yacht that cruises 30% more efficiently than a conventional round-bilged motor yacht in this size range. 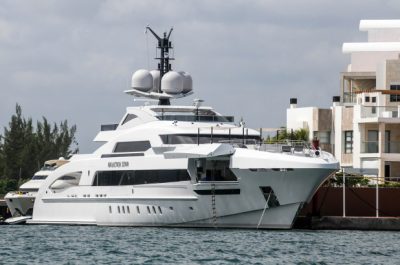 Powered by 2 MTU 5,592 HP diesel engines and propelled by twin screw propellers, Galactica Star is capable of a top speed of 27 knots, and comfortably cruises at 24 knots. With her 90,000 fuel tanks she has a maximum range of 4,200 nautical miles at 14 knots. Her water tanks store around 30,000 litres of fresh water.

The yacht used to be popular for charter among celebrities. It was once rented by American music industry power couple, Jay Z and Beyonce for a holiday cruise at $900,000 a week to celebrate Beyoncé 32nd birthday in 2013. The yacht is registered in the Cayman Islands and flies under the British flag. It comes with its own helipad, outdoor Jacuzzi and plenty of space for dancing and dining.

In 2017, Kola had his Apartment 79, a penthouse apartment in One 57, one of New York City’s most expensive residential buildings, ordered to be auctioned. The penthouse sale is seen as the most expensive foreclosure in New York City. Construction started on the building in 2009 and finished in 2014, creating a trend of similar ultra-luxury high-rises on 57th street, which has now been coined ‘Billionaire’s Row’.

Apartment 79 was sold to Kola Aluko in December 2014 for $50.9 million, making it the eighth most expensive unit in the building, according to New York City property records. Less than a year later however, he took out a $35.5 million mortgage from Banque Havilland in Luxembourg to help pay for the apartment. When Aluko failed to pay the loan back a year later, the bank took possession of the 6,420-square-foot apartment, according to court documents and put up for auction the four-bedroom apartment in July 2017 to regain the mortgage plus interest.

Tattoo loving 50-year old Kola Aluko once courted Naomi Campbell and partied with Leonardo DiCaprio. He is also known for spending $1.5 million on champagne. He has been avoiding Nigerian authorities who are trying to freeze his assets as part of a money-laundering probe.