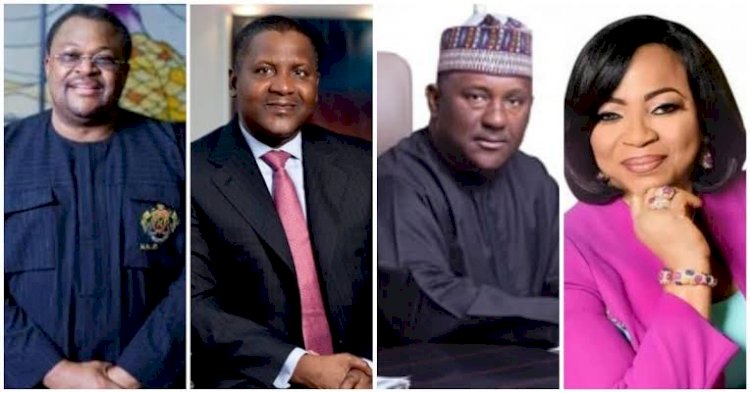 Of the four Nigerians on this year’s Forbes list, only BUA’s Abdul Samad Rabiu saw an increase in his fortunes from the previous year. Abdul Samad in January merged his Obu Cement Company with the publicly listed Cement Company of Northern Nigeria (CCNN) where he had controlling shares.

The new entity listed as BUA Cement Plc on the Nigeria Stock Exchange became the third largest entity on the exchange with N1.18 trillion market capitalization. He came in as 3rd in Nigeria and 8th in Africa with a fortune of USD3.13bn – moving up 8 places from last year’s ranking.

Aliko Dangote, President of Dangote Group retained his spot as the World’s richest black person with a fortune of USD10.1 billion. Aliko has maintained this position for nine consecutive years.

Mike Adenuga, Chairman of Globacom came in as second in Nigeria and third in Africa with a fortune of USD7.7billion.

Folorunsho Alakija of Famfa Oil completes the list of Forbes billionaires from Nigeria with a fortune of USD1bn dollars coming in at #20 in Africa.

According to Forbes, only eight of Africa’s 54 nations have billionaires in the list of global billionaires. Egypt and South Africa are tied with five billionaires each, Nigeria four; Morocco has two, while Zimbabwe and Tanzania have one billionaire each.