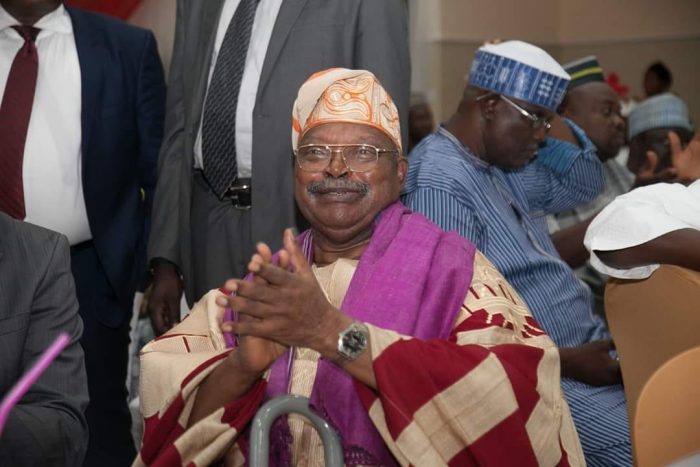 A former Nigerian Minister of Information, Alex Akinyele is dead. He was aged 81. His son, Constantine Kayode Akinfolarin Akinyele announced the death

A former Nigerian Minister of Information, Alex Akinyele is dead. He was aged 81. His son, Constantine Kayode Akinfolarin Akinyele announced the death in a post on Facebook. He said the Ondo high chief passed away on Thursday night after a brief illness.

“With thanks giving for his life, I am sad to announce we lost our father and grandfather Chief Alexander Opeyemi Akinyele earlier today after a brief illness May his soul rest in peace. He will be missed by his children, grandchildren, family and friends”, Constantine wrote.

Akinyele, a former Customs public relations officer was the minister for information during the Babangida administration. He also served as chairman of the Nigerian Sports Commission.  He was secretary-general and later president of the Nigerian Institute of Public Relations (NIPR).

Akinyele was born in Ondo town and began his primary education at All Saints School, Ondo. He had his secondary education at Gboluji Grammar School.  He then attended St Andrews College, Oyo to obtain a teacher’s training certificate. He taught briefly at Gboluji before going to University of Ife to earn a degree in English.

In 1967, Alex Akinyele joined the Department of Customs in Lagos, where he rose to be its spokesman. He worked in that position until 1978 when he joined a cosmetic company, in Lagos.